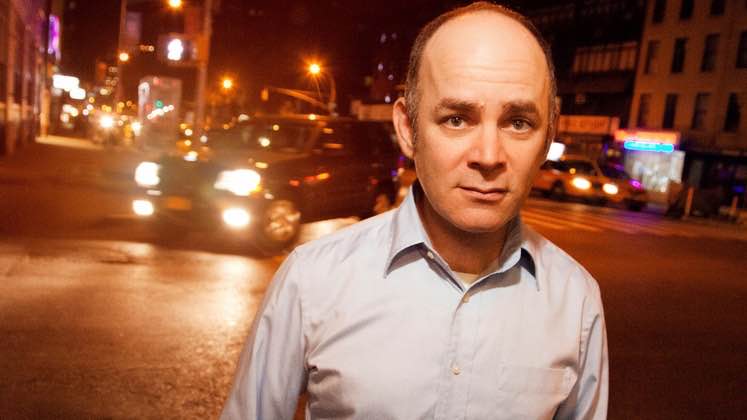 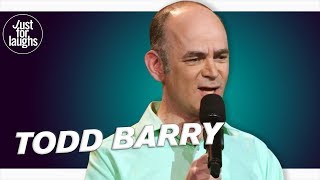 Todd Barry - The Art of Tidying Up 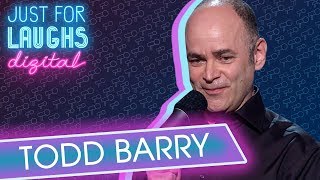 Todd Barry - The Most Disgusting Thing In A Hotel 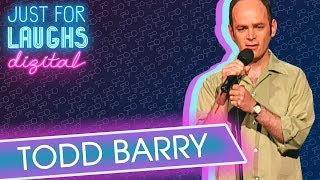 Todd Barry began his life in New York, first in the Bronx and later in New Paltz. But his family moved to Florida when he was eight. He earned his BA in English at University of Florida.

Barry’s first times on stage were not performing stand-up, but as a member of a band in which he was the drummer.

Todd Barry first performed comedy in 1987 at Coconut’s Comedy Club in North Miami, Florida. Barry, who had never particularly been interested in stand-up before, had a couple of friends who had just tried stand-up. A similar urge rose in Barry while watching them.

Barry began his career while stand-up was in the middle of its first comedy boom. Clubs with open mics were everywhere, so Barry had plenty of opportunities to perform. Another member of that scene, Dan Whitney (now better known as Larry the Cable Guy), drove Todd Barry to one of his first gigs.

Before he could make comedy his full-time career, Todd Barry worked a variety of jobs, including substitute teacher and as a clerk at a VD clinic.

Barry returned to New York in 1989 to pursue his comedy career.

In 1998, Barry won the Jury Award for Best Stand-up at the U.S. Comedy Arts Festival in Aspen.

Around 1999, Todd Barry discovered he was being slammed in the usenet newsgroup alt.fan.conan-obrien following an appearance on the Conan O’Brien show, Barry defended himself in the group and then mentioned the post during his next appearance on Late Night. The subsequent events inspired Barry to craft a one man show based on the experience entitled “Icky.” The show had a successful run at New York’s Upright Citizens Brigade theater.

Barry produced his debut CD entitled “Medium Energy” in 2001. The album was later picked up for distribution by Subpop after some effusive praise by fellow stand-up David Cross. The album then moved to the Comedy Central records label in 2005, after they released second album “Falling Off the Bone.”

Sometime Barry’s career has been impeeded by his unique style. Because he isn’t energetically running around stage, some club owners have assumed that Barry works better on TV and will not have the energy to hold a live crowd. Barry has often countered that with the fact that a) he actually does engage the crowd and b) he’s funny.

Barry is among those who work out their material on stage, often bringing his newer material to one of the many small rooms in New York.

Todd Barry and Louis C.K. often insult each other in online, leaving messages on forums like aspecialthing that often denigrate each other’s performing style.

Outside of stand-up, Barry is known for his appearance as Todd, the undesired third Conchord, on “Flight of the Conchords” and as Wayne, the manager of Mickey Rourke’s character Ram in the movie “The Wrestler.”