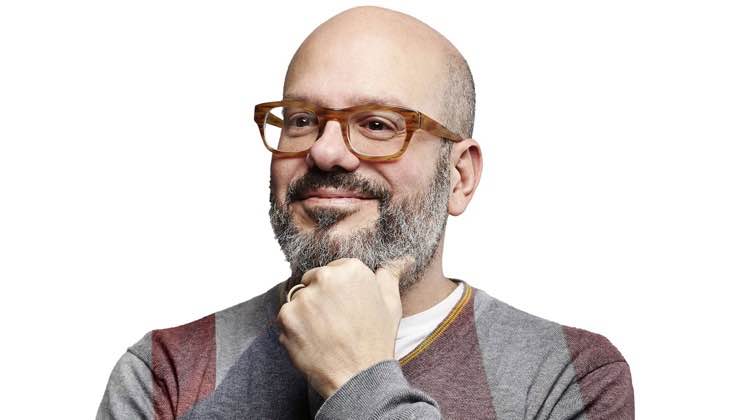 Originally from Atlanta, Georgia, David made his way to Boston to study film at Emerson College but quickly dropped out and started doing stand-up full time. He moved to Los Angeles to write on The Ben Stiller Show where he shared the posthumous Emmy (it was given after the show was canceled) with the show’s other writers.

Continuing in the sketch tradition, he created (along with Bob Odenkirk) the groundbreaking show for HBO, Mr. Show with Bob & David. The show ran for four years and garnered several Emmy nominations. He has also released two comedy cd’s on the Subpop label, Shut Up You Fucking Baby and It’s Not Funny.  Shut Up…. was nominated for a Grammy Award.  Both continue to sell exceptionally well and have garnered rave reviews.

David has appeared in such films as Men in Black (both 1 & 2), Waiting for Guffman, Scary Movie 2, Ghost World, and Eternal Sunshine Of The Spotless Mind.  He can be seen most recently in She’s The Man for Dreamworks, School for Scoundrels for the Weinstein Company, and Curious George for Universal.  Upcoming projects include Todd Haynes’ rumination on the life of Bob Dylan, I’m Not There and Zack Penn’s poker farce, The Grand.

On the television side, David appeared in the Emmy Award winning Fox Network comedy, Arrested Development, as Tobias Fünke.  Most recently, he wrote, produced and starred in the Comedy Central animated series Freak Show which was co-created by David and Jon Benjamin.