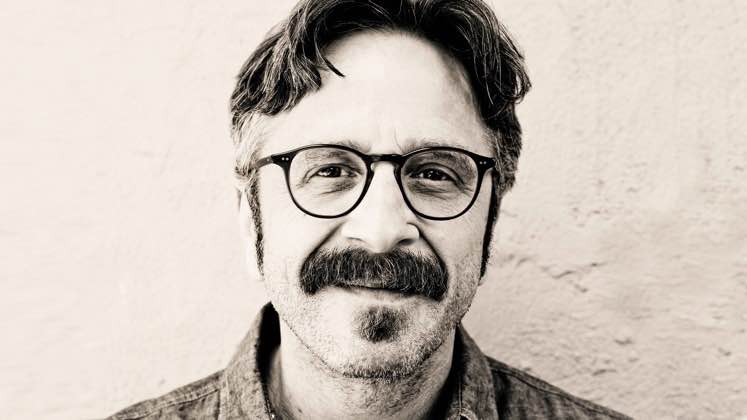 Marc Maron: This May Be The Last Time

Growing up, Maron would often watch Don Rickles and Buddy Hackett or listen to records by George Carlin and Richard Pryor, sparking his first interest in the art of stand-up.

Still it took a while to start performing. As a college freshman, Maron went to The Comic Strip in New York City to see a show and encountered Paul Reiser. He asked for advice about doing stand-up, and Reiser said, “You just gotta do it.”

Post college, Maron returned home to New Mexico. But it was only a quick stop, as he soon jumped in his car to move to Los Angeles. He ended up as a doorman for The Comedy Store and living in the home Mitzi Shore kept for comics (including Andrew Dice Clay). The lifestyle also led to substance abuse problems that eventually drove Maron from LA.

Maron moved to Boston. Maron discovered his brand of comedy there, and to this day considers himself a “Boston Comic.”

For his HBO special, Maron claims he did untested material, stuff he had not worked very often in front of a live audience.

Maron hosts the long running podcast WTF. WTF began in September of 2009 and is one of the most celebrated and respected podcasts in the medium, averaging 3 million downloads monthly. Maron produces the show from a studio in his home garage.

The show also sparked a half hour sitcom for IFC entitled “Maron”, where Maron plays a fictionalized version of himself. The show began its third season in May 2015.

In 2013 Maron released a book of essays entitled “Attempting Normal.”