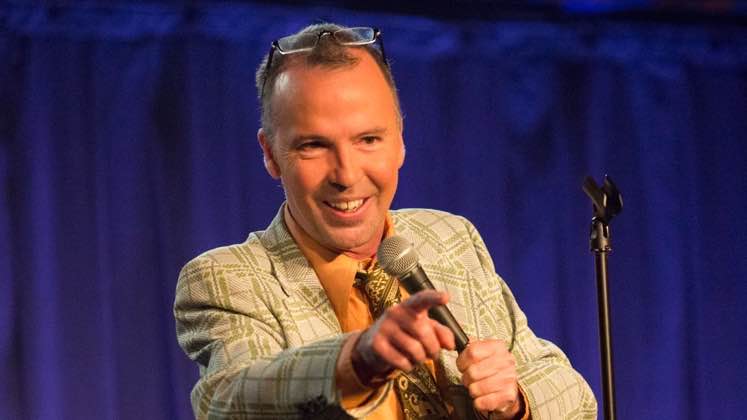 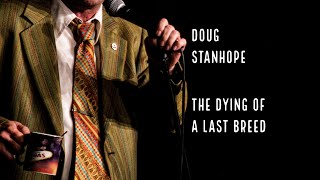 Doug Stanhope: The Dying Of A Last Breed - Full Special 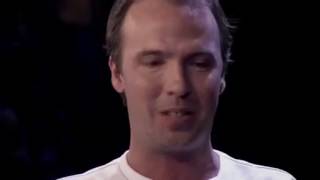 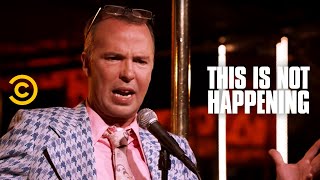 Doug Stanhope grew up Worcester, Massachusetts. His parents separated when he was young and he spent time going between his mother and father. His mother let him and his brother read things like Hustler Magazine when he was younger. The tasteless cartoon in there are among some of Doug’s early influences.

A high school dropout, Doug took a train to LA when he turned 18, in hopes of becoming an actor. Six months later, he went back home. He soon moved to Las Vegas, attracted by the fun the city promises. He had quite of bit of it, one night coming home to his girlfriend after marrying another woman during a late night booze-filled adventure.

In 1990, while working as a telemarketer, Stanhope began attending open mikes at Las Vegas’s Escape Lounge II. After a few times requesting to go up, Stanhope finally wrote some jokes to perform. His first material has been self-described as “jack-off jokes.” That first week as a stand-up, Stanhope performed six times.

Stanhope’s material is marked by an almost unflinching honesty, touching upon his own drug habits and sexual habits. His social and political views are contrarian, but always sincere. The twisted things he says are what he believes, he’s come to them using his own dark logic. His belief in what he says - it’s not just “material” - is probably why sometimes he gets visceral responses from audiences, often inducing walkouts not ready for the truth as Stanhope sees it.

Doug Stanhope taped a Comedy Central Presents special in 2001. He often describes the process for the special as frustrating because of the censors and lawyers. A bit of his on suicide had to be cut, because of fears of a lawsuit if a viewer actually followed through afterwards. He was also dissatisfied with the network’s stance that drugs could only be talked about negatively.

2002 was a big year for Stanhope. He was named one of the Top Ten Comics To Watch by both Variety and the Hollywood Reporter. And at the Edinburgh Fringe Festival in Scotland, he was awarded the Strathmore Press Award.

Though Stanhope is a committed stand-up, he’s strayed into TV and other gigs, mostly just to have the experience (and the paycheck, of course). Among them are “The Man Show” with his friend Joe Rogan and hosting the flashing festivities of “Girls Gone Wild”. He once appeared on Jerry Springer with a completely fictitious story.

In 2005, he began organizing events featuring himself and other comics who worked in their own territory, even if the audiences wouldn’t come with them. He called them “The Unbookables.” Among them is the comic Sean Rouse. In 2006, Stand-Up Records released the first Unbookables CD entitled “Morbid Obscenity”, a benefit disk where the proceed went to help a friend of the Unbookables get liposuction surgery.

Frustrated by the current politcal situation but not quite ready to defect to Costa Rica, Doug Stanhope announced he was running for President in July of 2006 as a Libertarian. It was not meant as a joke, he began to research campaign law and voter outreach through the web and in speaking engagements beyond his stand-up. However, in May 2007 he withdrew after realizing that current election laws would not allow him to collect money as a stand-up if he was campaigning for office.

As Stanhope has grown in reputations, he has taken to performing in more rock and roll venues rather than comedy clubs. He has great distaste for how most comedy club package their shows for mass audiences, describing them as “Adult Chuck E. Cheeses.”

In 2007, Showtime aired his stand-up special “No Refunds.” The show was shot at the Gotham Comedy Club in New York, a city that Stanhope dislikes and rarely performs in. A DVD release followed a week later.

Stanhope often draws comparisons to Bill Hicks and Lenny Bruce, but he mostly doesn’t see it - save for the willingness to take on what some think is difficult material.

Stanhope dislikes crowds and traffic, so in 2005, Stanhope moved from Los Angeles and now lives in the one stop light town of Bisbee, Arizona.