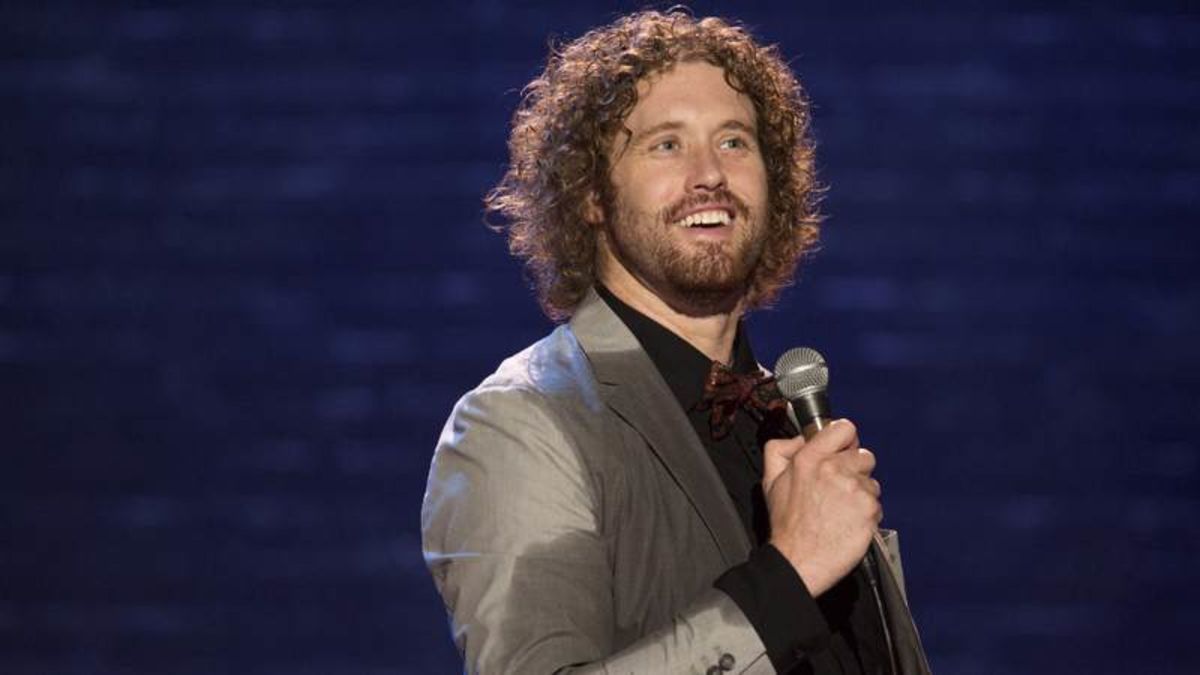 T.J. Miller was born and raised in Denver, Colorado. He began his comedy pursuits in college, joining a sketch comedy team Recess at George Washington University.

Miller began performing stand-up in Chicago, where he became involved with a collective of like-minded stand-ups called the Blerds (short for “Blog Nerds”). Other members include Kumail Nanjiani and Kyle Kinane. In various combinations the group made videos for the web, which helped attract the attention of the comedy business on both coast. Miller was also a member of the Second City Touring Company.

T.J. has had a prominent TV and Film career. Among notable roles are his performances as Hud in the realty-style shot monster movie “Cloverfield.” He also starred in the ill-fated sitcom “Carpoolers”. Miller also appeared in “Get Him to the Greek”, “She’s Out of My League”, “Extract” and “The Goods: Live Hard, Sell Hard.”

2008 saw Miller get notice from two print publications. Variety named him one of the “10 Comics to Watch”, announced in conjunction with that year’s Just For Laughs festival. And Entertainment Weekly marked him as one of 12 Rising Stars of Comedy. Comedy Central would add him to a similar “Hot List” special in 2009.

He returned to Colorado for his first hour special, entitled “T.J. Miller: No Real Reason.” Shot at the Boulder Theater, the taping includes Miller’s recounting his attempt to make a silly face on his Drivers’ License. Also notable is the walking of two disruptive audience members, with the second only seen on the DVD cut. The special aired on Comedy Central is late 2011.

T.J. Miller is a regular panelist on Chelsea Lately.