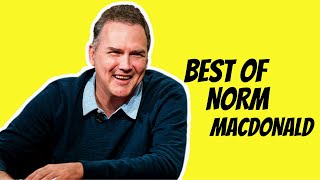 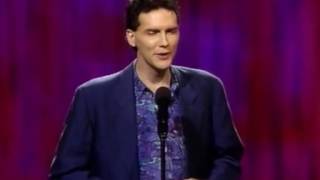 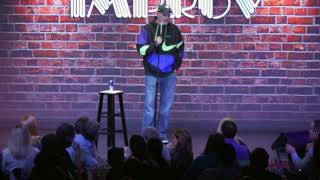 Norm Macdonald does standup about coronavirus

MacDonald grew up in Quebec City, the son of two teachers. He has two brothers, both of which have gone on to be Canadian newscasters.

Norm MacDonald began performing stand-up at clubs in his native Canada, first in Ottawa. His first big break was at the 1987 Just For Laughs Comedy Festival in Montreal. MacDonald has described that the stand-ups scene is strong in Canada because there was very little of the entertainment industry up there, allowing performers to focus on their stand-up as their goal, rather than getting cast in films or television.

MacDonald was hired to write for the sitcom Roseanne by Bruce Helford. Norm was a big fan of Roseanne’s stand-up comedy, but he found sitcom less than interesting to him. He told Rolling Stone magazine later that he fell asleep while watching episodes to prepare for the gig.

Shortly after celebrating the birth of his son in 1992, MacDonald gained the Weekend Update desk at Saturday Night Live, a perfect fit for someone who felt more comfortable as a stand-up than a sketch player. Despite that self-admitted handicap, MacDonald would play more than a few famous names on the show, including Republican Presidential candidate Bob Dole.

MacDonald’s oft-kilter references to crack whores and David Hasselhoff during Weekend Update made him a fan favorite among some. One of those was Chevy Chase, who originated the segment, and claimed that MacDonald was the only one who’d done it justice since. Unfortunately those fans did not include NBC West Coast president Don Ohlmeyer. In 1998, MacDonald was suddenly fired from SNL after Ohlymeyer pressed the show claiming that MacDonald was not funny.

The outrage among some in the audience drove a media story for some time, due to reports that MacDonald’s firing was due to Ohlymeyer close friendship with O.J. Simpson. Ohlymeyer was reportedly bothered by MacDonald’s directly accusatory gags about the famous running back. The media frenzy included an appearance on the program of another former NBC late night comedy star, David Letterman. Letterman gladly joined in for Norm to insult an example of network short sightedness.

1998 saw the release of MacDonald’s film “Dirty Work”, which failed to gain traction at the box office. Ohlmeyer’s continued feud with MacDonald didn’t help since NBC refused to accept advertising for the film.

Norm soon found a home at ABC, thanks to his old boss Bruce Helford, who convinced the comic to let him craft a sitcom around him. The show was sooned picked up for a second season and in a piece of karmic justice perhaps, Don Ohlymer was pushed out of NBC (for many other reasons including his less than nurturing attitude to talent).

Comedy Central named him number 83 in their list of the top 100 stand-up comedians of all time.

2005 saw the debut of Norm MacDonald’s special “Back to Norm” on Comedy Central. Originally intended as a back door pilot to a series, the sketch show never went beyond its single episode.

In 2006, Norm MacDonald released his first comedy album “Ridiculous” under the Comedy Central Records label. The CD took over nine years to produce. Ridiculous is primarily a collection of comedy sketches featuring many of MacDonald’s former SNL players including Will Ferrell, Jon Lovitz, Tim Meadows and Molly Shannon. A hidden final track gives a taste of MacDaonald’s stand-up.

Norm recently made an appearance on the Comedy Central Roast of Bob Saget which was much celebrated by comedy nerds for how he deconstructed the typical roast jokes, intentionally telling hoary old punchlines to atypically hysterical results.

Norm released “Me Doing Stand-Up” in 2011. The performance first premiered as an hour special on Comedy Central. The CD and DVD releases are an uncut and uncensored version of the set.