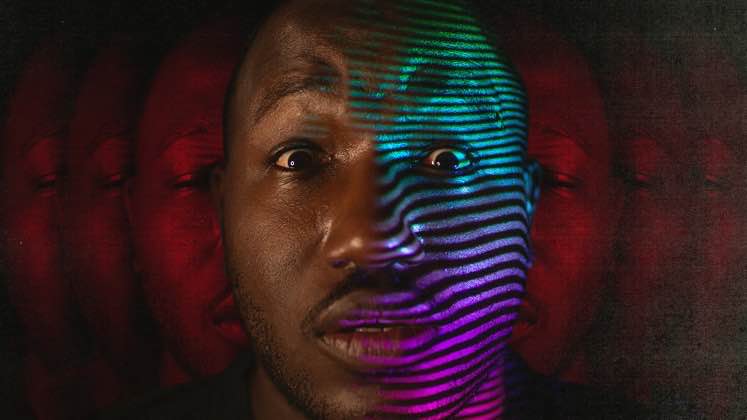 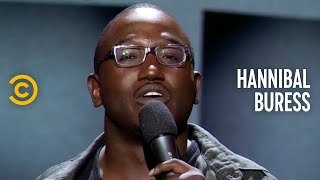 A Car Accident Is a Real Mood Killer - Hannibal Buress 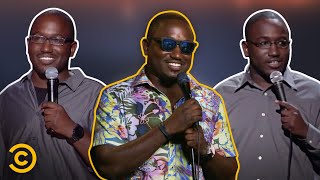 (Some of) The Best of Hannibal Buress 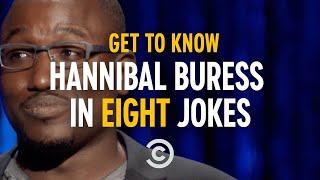 Get to Know Hannibal Buress in Eight Jokes

Chicago native Hannibal Buress was named after the Carthaginian general Hannibal Barca. After attending a stand-up performance at his college, Southern Illinois University. Despite not being a devotee to stand-up, Buress thought he could do better than — or at least as bad as — what he saw.

After starting his career downstate, Buress dropped out of college and began performing stand-up in Chicago in 2003. Along with comedy shows, Buress would frequent more music-oriented open mics, challenging himself to win over the audience.

Hannibal worst stand-up gig came in his first year of performing. He appeared at a talent show which modelled itself after the famous Apollo theater of Harlem, where performers can get swept from the stage at the request of a rowdy crowd. Hannibal ended up getting physical carried off by the Sandman that evening.

Buress’s has a very laid-back delivery, his absurdists observations coming at a slower roll than many high energy comics. Buress himself has describe his jokes as cutesy, meaning the material is more fun than biting. Buress suggest that he may evolve to a more personal and perhaps angrier point of view of his subsequent specials.

Buress was featured in “The Awkward Comedy Show” special, along with the African-American comics Baron Vaughn, Eric André, Marina Franklin, and Victor Varnado.

In 2008, Buress moved to New York. On his first evening in the city, he played two open mike and handed out flyers to get on a third. Only after the third show did he go with his bags to his new apartment.

Buress’ comedic prowess has led to several writing gigs. His first appearance on Late Night with Jimmy Fallon led to a job as a staff writer on Saturday Night Live during its 2009-2010 season. Buress was funny in the room, but with no sketch writing experience only one of his own ever made it to air.

One of the hosts of SNL that season was Tina Fey, who liked him and hired him as a writer for her sitcom 30 Rock. He’s also acted on the show, as a recurring character of a homeless man.

His first stand-up comedy album “My Name is Hannibal” was taped at the now defunct Lakeshore Theater in Chicago. The album was released on July 27, 2010 by Stand Up! Records. That same month, Hannibal made Variety’s “Ten Comic to Watch” list for 2010.

In an interview with Esquire in early 2011, Chris Rock stated that Buress was the next big stand-up, describing him as “The illegitimate son of Mitch Hedberg.”

Even while turning nationally, for a long time Buress hosted a free weekly stand-up comedy show at Brooklyn’s The Knitting Factory on Sunday. He returned there recently when the venue closed for a final show.