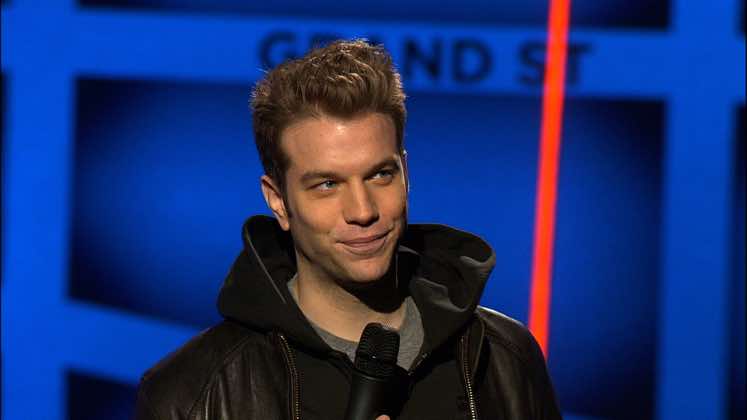 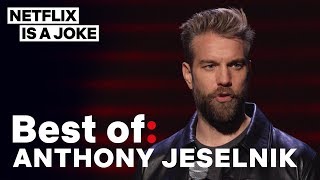 Best of: Anthony Jeselnik | Netflix Is A Joke 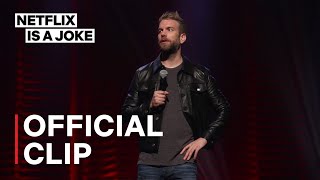 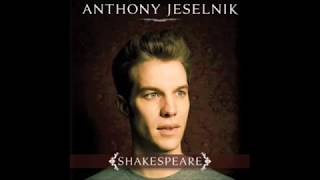 Growing up in Pittsburgh, Anthony Jeselnik didn’t think about being a stand-up. He never saw it as a career possibility. Jeselnik’s aspirations turned to writing, particularly novels.

Jeselnik attended college at Tulane University in New Orleans, earning a BA in English Literature. During his senior year, he worked as a doorman at a strip club to earn money. Among the other jobs he worked before become comedian are teacher’s assistant, bookstore clerk and a chef.

After college he moved to Los Angeles to break into the business as a screenwriter. After a year, he found himself frustrated. He met up with the one contact he had in Los Angeles, a college classmate of his father’s named Jimmy Brogan. Jimmy had been head writer for Jay Leno‘s Tonight Show for several years. Brogan encouraged Jeselnik to try stand-up if he wanted to break in as a writer.

Even after that conversation, it still took Jeselnik a year for him to work up the nerve to attempt stand-up.

A big influence on Jeselnik’s joke writing was the dark one-liners of Jack Handy. Jeselnik also found himself influenced by the concept of “The Second Smile”, voiced by original SNL Head Writer Michael O’Donoghue. A joke which both makes an audience laugh and (metaphorically) cuts their throats because of its dark edge. The first smile comes from the joke itself and the second is the throat-slitting wound. Other influences include Steven Wright and Andrew “Dice” Clay.

Jeselnik’s deadpan act is structured around an alternative persona that’s ultra-confident and arrogant, a contrast to many stand-ups who are more self-deprecating. Jeselnik tries not to break the character on stage, so quite a few are surprised that he has very little in common with the character they just saw telling mean jokes.

Anthony Jeselnik was the first stand-up to appear on Late night with Jimmy Fallon, where he also served as a staff writer for its inaugural first season. Jeselnik has been a regular on other late night talk shows including Jimmy Kimmel Live, Late Night with Conan O’Brien and Last Call with Carson Daly.

Though Jeselnik has gotten writing jobs since, stand-up has become a goal in itself, particularly because of the opportunities it gives you for creative control.

2008 saw Jeselnik named as one of Variety’s “10 Comics to Watch”, an honor that was bestowed upon him at that year’s Montreal Just For Laughs Festival.

In 2009, Comedy Central featured him in a program that counted down their first “Hot List” of comedians.

In September of 2011 he released his first stand-up album on Comedy Central Records entitled “Shakespeare.” It was recorded at New York City’s Upright Citizens Brigade Theater.