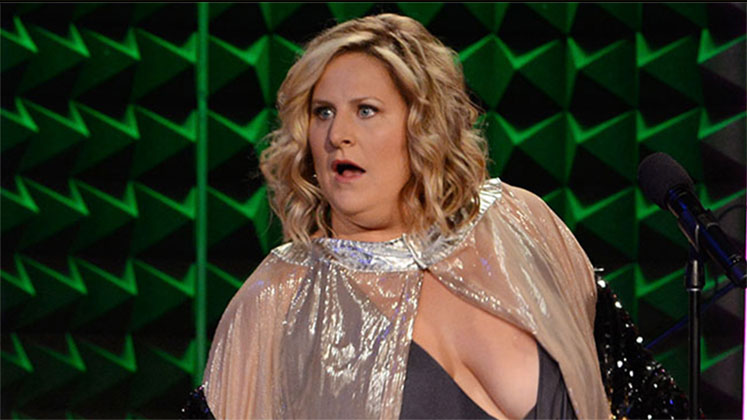 Bridget Everett has been called one of the “Funniest People in New York” by Time Out. Her film, theater and television credits include Inside Amy Schumer, Two Broke Girls, Sex And The City (movie), The Bleep Show w/Whitney Cummings, Bridget and Neal are F*cking and Adam Is Watching, At Least It’s Pink, and most recently a guest spot at Carnegie Hall performing with the legendary Patti Lupone. Bridget has appeared at Montreal and Chicago’s Just For Laughs Festival, HBO’s Aspen United States Comedy Arts Festival, The Adelaide International Cabaret Festival, The San Francisco Sketchfest, FunFunFun and The New York Comedy Festival.  Bridget and her band The Tender Moments just released their debut album (“POUND IT”)and play to sold-out crowds across the country.