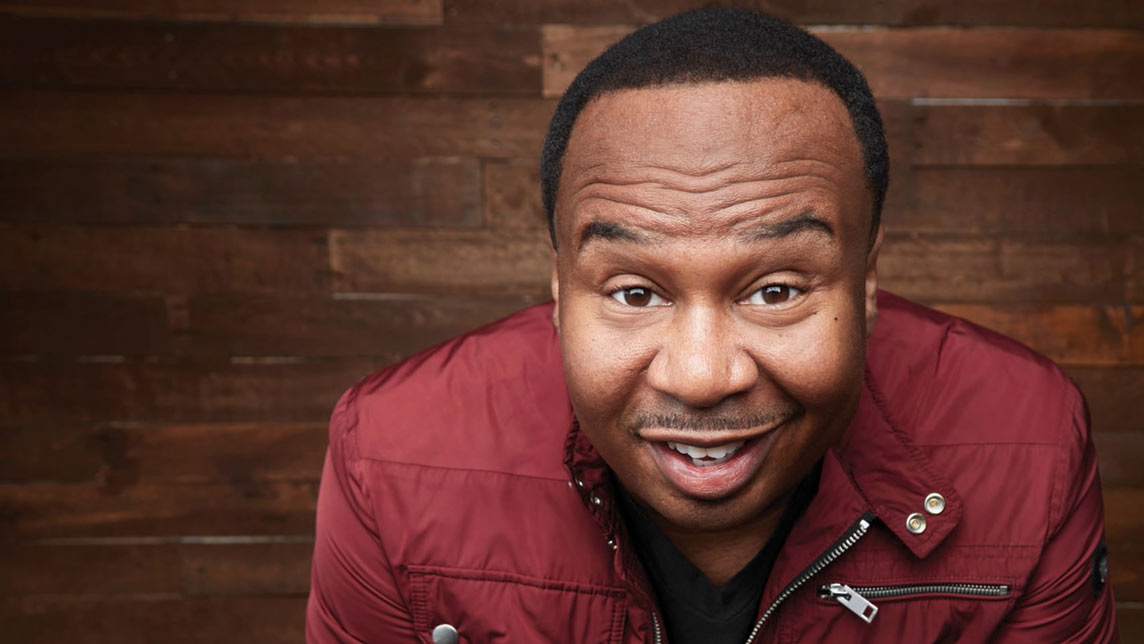 Hailing from Birmingham, AL, Roy’s creative writing and dedicated work ethic has since earned him the right to perform his comedy in front of millions of people coast to coast.

The Montreal Gazette called Roy’s 2006 festival performance on the ‘New Faces’ show “tremendous” and the Hollywood Reporter called Roy a “standout”. Roy has also appeared on ‘COMEDY CENTRAL’S PREMIUM BLEND’, BET’s COMIC VIEW, CBS’ STAR SEARCH (2003) where he made it to the semi-finals, ‘IT’S SHOWTIME AT THE APOLLO’ and LIVE IN HOLLYWOOD w/ KIKI SHEPPARD’.

Steering clear of predictable topics and premises, Roy delivers comedy that gives an honest look at not only his life, but the world in which we live. The universal appeal of his comedy crosses all race and cultural lines which is why he has opened for an array of comedians ranging from D.L. Hughley, Ron White, Monique, Tommy Davidson, Bill Engvall and Katt Williams.

A two-time nominee for APCA’s title of ‘Comedian of the Year’ Roy works numerous college and university appearances into his schedule every year as well.

Roy has also carved a niche for himself in the world of radio. Until late 2006 he was head writer and producer of the Buckwilde Morning Show WBHJ 95.7 JAMZ– Birmingham, AL He is also a regular guest on the ‘Bob & Tom Radio Show, a syndicated morning show heard by more than six million people every morning. His hilarious prank phone calls are also carried in almost 50 different radio markets including stations in Canada and England.

In addition to terrestrial radio, his prank calls are a main stay on Jaime Foxx’s ‘Foxxhole Station’ on SIRIUS Satellite Radio.

These same prank calls have been compiled into three nationally released CD’s. 2003′s ‘MY MOMMA MADE ME WEAR THIS’ , 2005′s ‘CONFESSIONS OF A HIGH SCHOOL BENCH WARMER’ and his newest CD, “I’LL SLAP YOU TO SLEEP”