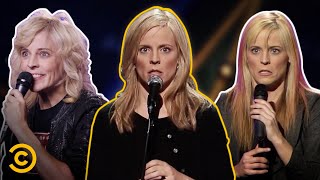 (Some of) The Best of Maria Bamford 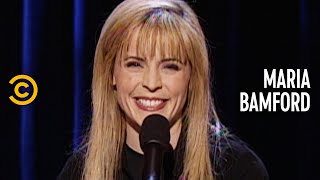 When Your Boss Is Annoying AF - Maria Bamford 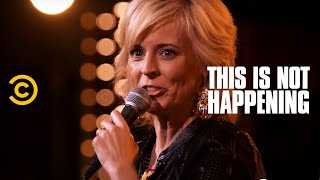 Maria Bamford - Psych Ward - This Is Not Happening - Uncensored

Born in California, Maria Bamford grew up in Duluth, Minnesota. While in high school, Bamford would run for student government offices, mostly to have an opportunity to deliver a funny speech to her classmates.

Bamford spent two years of college at Bates in Maine, mostly because she was uncertain of what else to do with herself. She explored the school theater program but didn’t particularly enjoy it. For a year she studied English in Edinburgh where she discovered improv. She began to perform with Theater Sports. When she returned the states, Bamford finished her studies at the University of Minnesota. During her senior year she was treated for depression, but recovered thanks to medication. She still takes medication today.

Maria began performing stand-up in Minneapolis at the age of 21, though she had considered attempting it earlier. But heckling was more common in the Northeast and in Scotland, so she decided to wait until returning to Minnesota to try the art. Within two years, she received her first paying gigs. She began to make a living from her comedy shortly before she turned 30. Until she could support herself with her stand-up however, she regularly performed temp jobs. Many of her experiences at those jobs became fodder for her act.

When Maria began performing stand-up, she would often accompany it by playing the violin, using it to break up jokes. At the time, she rationalized that the audience would at least enjoy one part of the act.

A trait of her stand-up is her ability to fall into distinct voices of characters, many of which are satirized for their somewhat conventional and myopic viewpoint on life. Her own natural voice is quite high, so the contrast of the more “adult” voices, along with the bite in their portrayal is often surprising and explosively funny.

In the late 90s, Bamford moved to Hollywood to advance her career, capitalizing on the positive buzz from an appearance at the U.S. Comedy Arts Festival in Aspen.

Bamford brought her one-woman show “Plan B” to Austrialia for a one month long run in 2005. The shows sold out and the success brought her to Edinburgh to stage the show. The material has subsequently been adapted to a web show for the burgeoning broadband comedy portal Super Deluxe.

Bamford joined her friend Patton Oswalt for his project “The Comedians of Comedy”, a tour which brought comedy to alternative venues such as rock clubs. Bamford, Oswalt along with comics Brian Posehn and Zach Galifianakis have had various legs of the tour documented. A swing through the west coast was made for Netflix as a movie and a second tour, which focused on the northeast, was made into a six-part series for Comedy Central. Comedians of Comedy has continued past these filmed incarnations with Bamford as a regular feature.

Maria Bamford has performed stand-up on nearly all the late night talk show including “Late Night with Conan O’Brien”, “The Tonight Show with Jay Leno”, “The Late Late Show with Craig Kilborn” and “Jimmy Kimmel Live.”