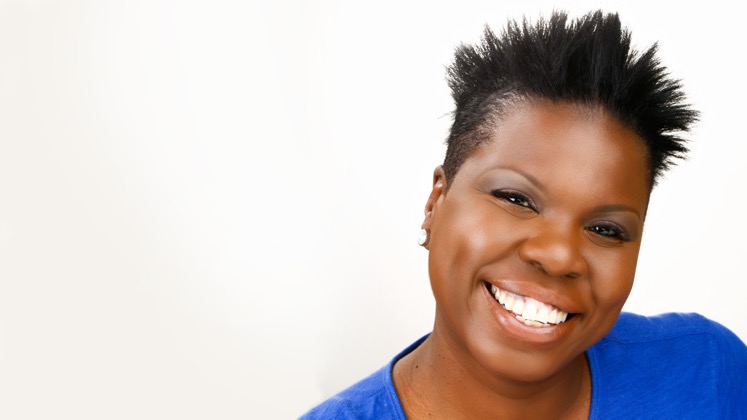 Memphis, Tennessee was home until her dad took a job in Los Angeles at StevieWonder’s radio station, KJLH, as a electronic engineer.

“I went to high school in Lynwood. I played basketball to please my dad. I also got free shoes and could miss class. When they told me I could get a scholarship to college I said cool. Where am I going.”

College first took her to Chapman in the OC on a basketball scholarship. Her coach left Chapman and asked her to join him at Colorado State University. She didn’t care what college she was going to. Anything to get out of the house. She wanted to be able to go to the refrigerator and eat whenever and whatever she wanted.

“I’ve always been crazy. I never knew I was funny. I just thought I was insane.”

Her first time on stage was at Colorado State. The school paper was at her performance. She won the “Funniest Person on Campus” and thought she was going to become a star. She returned to Los Angeles and got up at the World Famous Comedy Store and bombed like a 747. Next stop: Outside where she threw up.

“You’re throwing up those bad ass jokes,” the host told her.

Unfazed by this experience, she opened up for Jamie Foxx and the DJ scratched a song through her whole set. As she watched Jamie, she realized, she didn’t have anything to talk about except going to Church and her uncle who stuttered. The audience booed her. Her friends were ready to fight the audience. She vowed she would never step on stage again until she was ready, but it hurt her more not to go up than to go up. While attending college, she’d been a cook, waitress, cashier, justice of the peace (Sworn in as the assistant to the judge, she married people who got Annulments) sold perfume, conducted surveys and answered phones as a receptionist and was even an interpreter who could not speak another language. None of it worked. Comedy was calling out to her! By day she worked at UPS, by night she performed at the comedy spots around Los Angeles

“You’d better not call my line with an attitude. I’d send your package to Cairo!”

With her theatre background at CSU coupled with her natural talents and her love of performing, she started getting opportunities to appear in various features, commercials, and television sitcoms some of which are, In the House, Coach, Snap Judgment, For the Love of the Game, Malcolm and Eddie, and Girlfriends.

“When I started out, I just wanted to go into a club and hold my own. There were only a few women out. I wanted to be that one woman who would come out and everyone would love. I was part of the Grunt crew. I tried to go up
everywhere and we were horrible. When I was coming up, Guy Torre would have to see you 3 times before you could get up at theComedy Store. He wanted you to rip too.”

Finally she made it to “Just for Laughs Montreal Comedy Festival” and landed a role in Martin Lawrence’s comedy, National Security. From Comedy Central’s Premium Blend to a regular on BET’s The Way We Do It, she’s performed during the Aspen Comedy Festival, and won the national and regional Bacardi By Night Comedy Tour. She’s been featured on Comedy Central’s Laffapalooza – Urban Comedy Arts Festival. Last month, she completed yet another movie for Coke Daniels, Gangsta Rap, and, on July 4, 2006, Master P’s Repos debuted on DVD.

Leslie performs her wild and crazy standup for comedy clubs and television audiences both nationwide and internationally with appearances on Showtime at the Apollo, BET’s Comicview, the international hot television show Comedy Factor and HBO’s Def Comedy Jam 2006. VIBE magazine featured her with a five-page article and photo spread. Her extensive physical training in collegiate basketball, running, swimming and volleyball play major roles in Leslie’s comedy antics.
“Comedy is in my blood. You have to want to be a comic. I hate it when people say I’m going to try it out. People don’t say, I’m going to try and be a doctor. You can get killed that way. . . I say, your life comes back around. I finally reached one of my goals. Def Comedy Jam 2006. Now I’m on my way.”