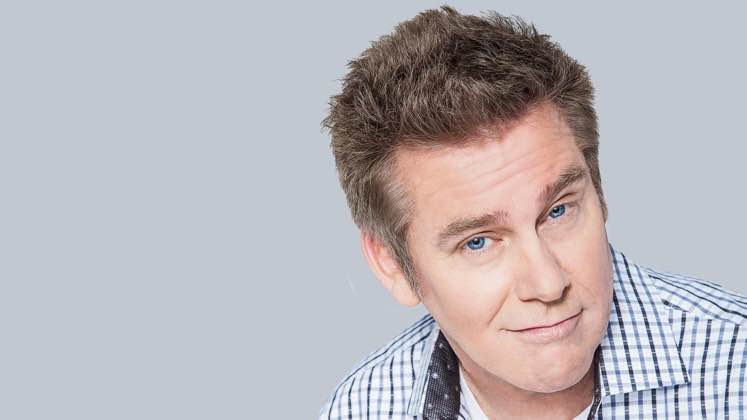 Brian Regan grew up one of eight children in Miami. Funny runs a bit in his family. His brother was a writer on the sitcom “The King of Queens.”

Regan attended Heidelberg College in Ohio, majoring in accounting and playing football for the school. His football coach noticed his creative bent and encouraged him to explore theater. As a sophomore, he discovered stand-up and began to pursue it.

From his first performance at a Fort Lauderdale club he was hooked. By senior year he had quit college to pursue comedy full time. He finally completed the last ten credits to his degree in 1997.

By 1981 he had immersed himself into the world of stand-up, even taking a job as a greeter and cook for the Comic Strip in South Florida. He worked out his stuff for over two years in the club, even occasionally flirting at the beginning with prop comedy. By the end, Regan was ready to tour as a middle act.

A move to New York followed in 1986 and two short years later he was a headliner as well as the winner of the K-Rock/Miller Lite Funniest Person in New York Contest.

Brian Regan enjoys the reputation as a clean comedian, but the lack of profanity doesn’t come from any particular moral bent and he is widely respected by his peers. His material is still incredibly sharp and engaging, focusing on creating not just laughs but good laughs.

Regan made his first appearance on the Late Show with David Letterman in 1995, become a regular guest every year since. 1996 saw him winning the American Comedy Award for Best Comedian. In 1997, he released his first CD, the simply title “Brian Regan Live.”

Brian Regan received his first half-hour special from Comedy Central in the year 2000.

In 2004, Regan taped a live performance at the Irvine Improv and released it as a DVD entitled “I Walked on the Moon.”

Though he was not a regular performance on television, Brian Regan has been able to grow the audience for his act to a degree that he was able to move his act from the clubs to theaters.

In 2007, Comedy Central made a large commitment to Regan comedy with a deal that included not only a live tour but two hour-long specials.