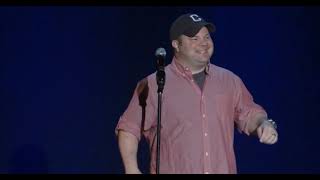 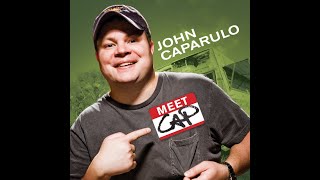 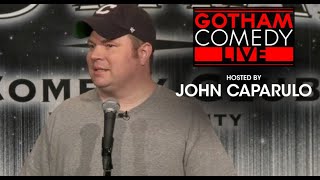 John began his stand-up career in Northeast Ohio in 1997. His sharp wit and unique delivery made him a crowd favorite right off the bat.

After graduating from Kent State University, he left behind a lucrative career patching potholes to take his talent to the West coast. There he spent the next four years working the door at the world famous Comedy Store and cutting grass at a local golf course.

Cap’s first big break came at the 2003 Just For Laughs Festival in Montreal, where he impressed the industry observers enough to offer him a sitcom deal. It was then he was able to trade in his weed whacker for a microphone full-time. He then applied his blue-collar work ethic to the stage, where he now performs nearly 365 nights a year.

He has made three appearances on Tonight Show, has his own half-hour Comedy Central Presents and is now a part of Blue Collar Comedy: The Next Generation. The 1-hour special recently aired on TBS. John’s first film, Vince Vaughn’s Wild West Comedy Show, was released by New Line Cinema earlier this year. The comedy documentary follows Vince and 4 stand-up comics as they tour around the country. John is the host of the CMT series Mobile Home Disaster and is a regular on E!‘s hit show Chelsea Lately.

In May of 2008, this up-and-coming comedian recorded his first one-hour DVD called “Meet Cap,” which was released in April, 2009.

Yes, John Caparulo is living proof that you really can do something with your life even if you don’t wake up before noon!