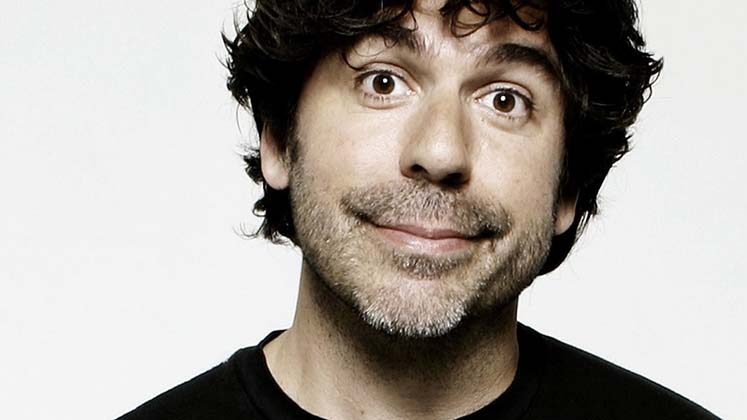 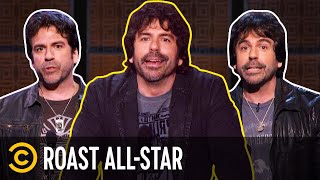 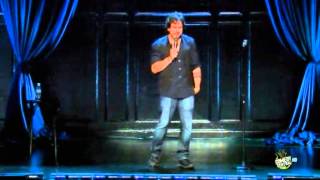 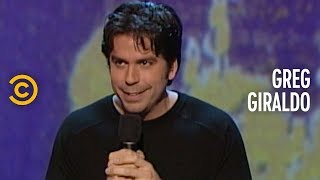 Greg Giraldo was born and raised in Queens.

Greg Giraldo was not always going to be a comic. Giraldo, in fact, studied to become a lawyer and graduated from Harvard Law School.

Giraldo is well-known for delivering rants but with a verbal and literate dexterity that keeps intelligence working in tandem with the anger.

Greg was a regular panelist on “Tough Crowd with Colin Quinn” which aired for three seasons on Comedy Central. Greg has had two half-hour stand-up specials for Comedy Central Presents and performed on Comedy Central’s year-end special “Last Laugh” in 2004 and 2005. He has also appeared on “Late Show with David Letterman” (CBS) several times, and has been a guest on “Late Night with Conan O’Brien” (NBC) over a dozen times.

Greg developed and starred in his own ABC sitcom, “Common Law,” which was loosely based on his experiences at a New York law firm. He also created and starred in sitcom pilots for NBC and CBS.

In 2005, Greg Giraldo hosted Comedy Central’s regular block of stand-up on Friday Nights. Besides introducing the half-hour and hour specials, he would interview other comedians in front of a studio audience. Greg Giraldo continued to host the block in 2006 under the new title “Stand-Up Nation.”

Giraldo has become a regular on the dais at the Comedy Central Roasts, often leading off the proceedings as the first roaster, setting the tone for the profane, insult-ridden evening.

Giraldo performed his first hour stand-up special in 2009, releasing it under the title “Midlife Vices” with Comedy Central as both a CD and a DVD. The special was shot in New York City.

When Greg is not touring comedy clubs, colleges, theaters and corporate events, he can be found living in New York City with his wife and three young boys whom he believes to be his own.

On September 25, 2010, Greg Giraldo was found in his hotel room comatose after overdosing on prescription pills. After being revived by paramedics on the scene, he was rushed to the hospital. Rumors circulated that Giraldo had attempted suicide, but his representatives said the overdose was accidental. Five days later on September 29, Greg Giraldo died.