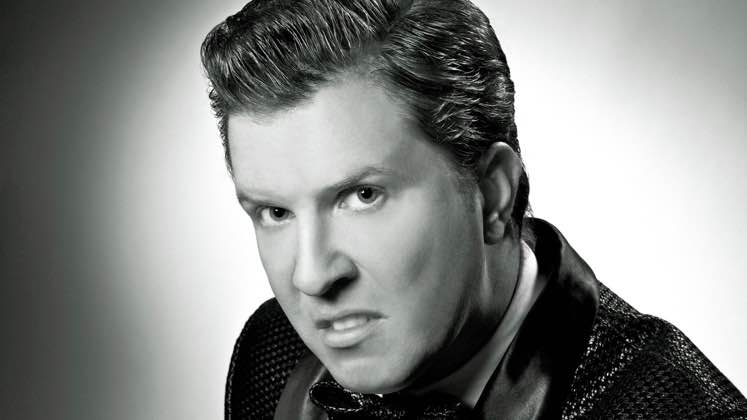 Nick Swardson was born in St. Paul, Minnesota. In high school, he was part of an improv group. He did not think much of stand-up at the time, as it was in the post-boom years. Many of the comics appeared to Swardson to be outside of his experiences, talking about grown-up married life.

Also while a teen he frequent used drugs, getting himself expelled from school four times. After going to rehab at a young age, he gave it up, He still a regular and sometimes copious drinker.

Taking some time off after high school, Swardson intended to continue with his improv team. The group soon disbanded and Swardson, left without an outlet, turned to a local open mike in Minneapolis. His first performance went quite well and he was hooked from there. Swardson particular enjoy how quickly his ideas can become entertainment - the almost instant approval.

After appearing in commercials for Barq’s Root Beer, Swardson had the money enough to finance taking his stand-up on the road. He has said that he owes his stand-up career to that financial cushion Barq’s provided. Although he was not entirely sheltered - often he would end up sleeping in his car while on the road.

Swardson currently prefers performing in theaters than comedy clubs because he can reach a large audience in one show rather than the three shows it takes to equal that same reach at a comedy club. The smaller time commitment means he can also go out and party earlier as well.

Swardson has done two half hour Comedy Central Presents special, the first in 2001. According to some reports, he is the youngest comic to ever achieve this feat.

Swardson is well known for his roles as effeminate gays, like the roller-skating prostitute Terry of the improvised sitcom “Reno 911.” Though he is pursuing his animated show “Gay Robot”, he is currently trying to steer away from playing more gay characters.

In April of 2009, Swardson recorded his first hour long stand-up special in Austin, Texas. Comedy Central would release it as “Nick Swardson: Seriously, Who Farted?” In a bonus track of the special’s CD, Swardson appears in a fake ad for an album released by his Reno 911! character Terry.

He recently completed writing and starring in a film titled “Born To Be a Star”, producer by his friend and fellow stand-up Adam Sandler. The film will see release in late 2010.