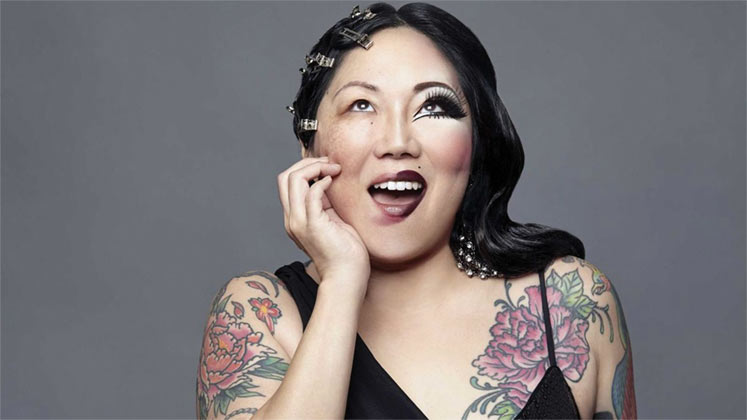 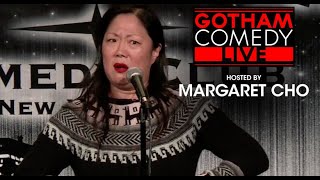 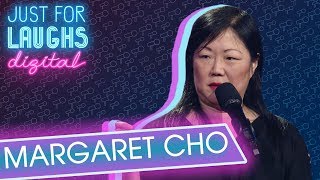 Margaret Cho - Fresh Off the Boat 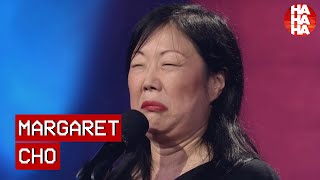 Margaret Cho - The World Needs an All Asian Women Army

Margaret Cho was born Dec. 5, 1968 and raised in San Francisco. “It was different than any other place on Earth,” she says. “I grew up and went to grammar school on Haight Street during the ‘70s. There were old hippies, ex-druggies, burnouts from the ‘60s, drag queens, and Chinese people. To say it was a melting pot - that’s the least of it. It was a really confusing, enlightening, wonderful time.”

Her grandfather was a Methodist minister who ran an orphanage in Seoul during the Korean War. Ignoring the traditions of her patriarchal culture, her mother bravely resisted an arranged marriage in Korea and married Margaret’s father who writes joke books - in Korean. “Books like 1001 Jokes for Public Speakers - real corny stuff,” Cho says. “I guess we’re in the same line of work. But we don’t understand each other that way. I don’t know why the things he says are funny and the same for him.”

Cho started performing stand-up at age 16 in a comedy club called The Rose & Thistle above a bookstore her parents ran. Soon after, she won a comedy contest where first prize was opening for Jerry Seinfeld. She moved to Los Angeles in the early ‘90s and lived in a house with several other young performers.

Still in her early twenties, Cho hit the college circuit, where she immediately became the most booked act in the market and garnered a nomination for Campus Comedian of The Year. Arsenio Hall introduced her to late night audiences, Bob Hope put her on a prime time special and, seemingly overnight, Margaret Cho became a national celebrity.

In 1994, she starred in a short-lived ABC sitcom called All-American Girl. Says Cho:

“There were just so many people involved in that show, and so much importance put on the fact that it was an ethnic show. It’s hard to pin down what “ethnic” is without appearing to be racist. And then, for fear of being too “ethnic,” it got so watered down for television that by the end, it was completely lacking in the essence of what I am and what I do. I learned a lot, though. It was a good experience as far as finding myself, knowing who I was and what direction I wanted to take with my comedy.”

In 1999, Cho chronicled her experience on the sitcom in an off Broadway one-woman show called I’m The One That I Want. The show was extremely well received, toured the U.S, and was made into a concert film and a best-selling book of the same name. The film, which garnered incredible reviews, broke the record for the most money grossed per print in movie history. After the success of her first show, Cho launched Notorious C.H.O. in 2001, a smash-hit 37-city national tour that culminated in a sold-out concert at Carnegie Hall. Notorious C.H.O. was also recorded and released as a feature film, hailed by the New York Times as “Brilliant!” Both films were acquired by Showtime Cable Networks in 2004 and are currently airing on their channels.

Cho embarked on her third sold-out national tour, Revolution, in 2003. The tour ultimately grossed 4.4M and was heralded as “Her strongest show yet!” by the Chicago Sun Times. The concert film premiered on the Sundance Channel in 2004 and was released on DVD later that year. The CD of Revolution was nominated for a Grammy for best comedy album of the year for 2003.

In 2004, Cho took her politically charged State of Emergency tour through the swing states of the Presidential election. Lauded as “Murderously funny!” by the New York Times, State of Emergency eventually evolved into her fourth national show, Assassin. Her most political and topical work to date, Assassin toured the US, Canada and Australia and was filmed at the Warner Theatre in Washington D.C. The concert film premiered in select theatres and on the gay and lesbian premium channel Here! TV in late 2005. It was recently released on CD by Nettwerk records and on DVD by Koch Entertainment.

Cho has also completed her first narrative feature, Bam Bam and Celeste, which she has described as a fag and fag hag “Dumb and Dumber.” Bam Bam and Celeste, directed by Lorene Machado and written by and starring Cho, premiered at the Toronto International Film Festival in late 2005 and has since played at the AFI Fest, Frameline, Fusion, and the London Lesbian & Gay Film Festival.

Cho’s second book, I Have Chosen to Stay and Fight, was published in 2005 by Riverhead Books, a division of Penguin Group (USA) and is a collection of her essays on all subjects political and pop. A deft mix of her trademark acerbic wit and artful wordplay, I Have Chosen to Stay and Fight has been praised as “Raw. Blunt. Passionate. Empathetic, yet no-holds-barred,” by the Star-Telegram. Look for it on paperback in October.

In addition to her busy touring schedule, Cho also maintains an award-winning blog, has taken up bellydancing, and in the spring of 2006 started hosting her own monthly burlesque, comedy and bellydance showcase called “The Sensuous Woman.” Featuring an ever-changing lineup of comedians, bellydancers and burlesque superstars, “The Sensuous Woman” is currently playing monthly in Los Angeles, and will soon be seen in New York and San Francisco. Says Cho, “There’s a lot of gender swapping and gender play. It’s the gayest show you could have with women stripping in it.”

Margaret was recently the recipient of the First Amendment Award from the ACLU of Southern California, and the Intrepid Award from the National Organization for Women (NOW). She has also been honored by GLAAD, American Women in Radio and Television, the Lambda Legal Defense and Education Fund, the National Gay and Lesbian Task Force (NGLTF), the Asian American Legal Defense and Education Fund (AALDEF), and PFLAG for “making a significant difference in promoting equal rights for all, regardless of race, sexual orientation or gender identity.”

“I didn’t mean to be a role model. I just speak my truth. I guess speaking from your heart really creates a huge impact, and if I can encourage people to do that, then I would love to be a role model. If I could encourage people to use their voices loudly, then that’s my reward. I don’t care about winning an academy award; I don’t care about mainstream acceptance, because it’s never going to be what I want it to be. I just want to do my work and love it.” 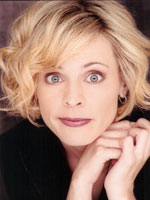