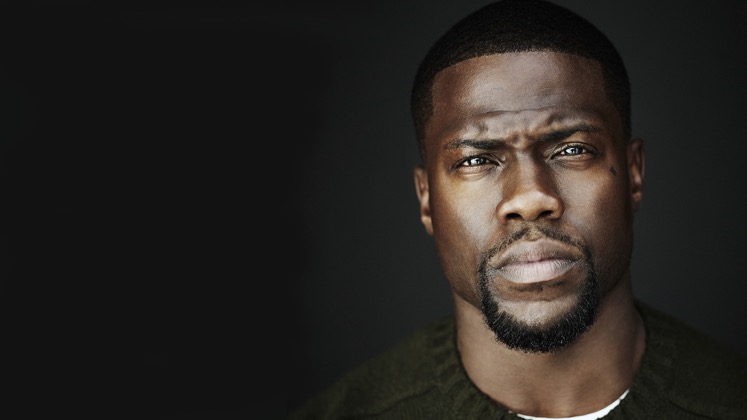 He walks into a room and the atmosphere immediately changes. Awed by his immodest warmth and sex appeal, the conversation lowers to buzz, the barometric pressure rises and the air grows thick with anticipation and want.
Kevin Hart is electrifying. Stardom radiates from him like a New York billboard as he lights up the stage and side swaps his audience with his unique comedic humor.

Kevin has filmed three hour-long stand-up specials: “Grown Little Man,” “Seriously Funny” and “Laugh at My Pain.” Riding the wave of his “Laugh at My Pain” 90-city tour, the most successful comedy concerts in history with over $15,000,000 in ticket sales, the film version of the mega hit, “Laugh at My Pain,” will release in theaters on September 9, 2011.

In addition, Kevin has an exciting, new mobile app, LITTLE JUMPMAN, now available for download at the Apple App Store and can be purchased through iTunes, or directly on iPhone, iPad or iPod touch. LITTLE JUMPMAN is a vertically-challenged game of skill that will make you laugh and cry with Kevin as he reaches for the sky. It’s addictive and hilarious. Additionally, Kevin’s YouTube video channel, Twitter and Facebook updates are at your fingertips 24/7 right in the App as well. Fans will race against the clock to earn points and progress to the next level.

Undaunted by his chances of being accepted on the “tough” comedy circuit, Kevin debuted on amateur night at a Philadelphia comedy club. The audience welcomed him into their hearts and Hart was hooked. Kevin quit his job as a shoe salesman for an athletic shoe store chain and began chasing his dream of becoming a star. Comedy swims through his bloodstream right along side red and white cells.

His biggest break came when he landed the lead role in “Soul Plane” which flew him onto the big screen. He has since landed roles in “Scary Movie 4,” “In the Mix” and “The 40-Year-Old Virgin,” “Fools Gold” and “Meet Dave.”

Kevin has the uncanny ability to flip the proverbial script and integrate his comedic routines to fit the audience. Whether he is entertaining a group of bank presidents at a charity fund-raiser for the United Way or screaming and shouting over a college rock band, he always leaves his audience feeling satisfied and wanting more.