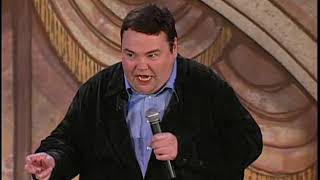 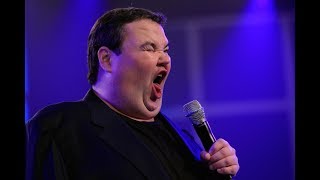 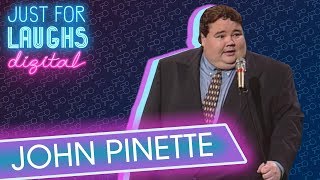 John Pinette - Around The World In 80 Buffets

John Pinette has been entertaining audiences around the world in a variety of ways for over fifteen years, but it is making people laugh that John enjoys most of all. He was named Stand-Up Comedian of the Year by the American Comedy Awards in 1999 and has received a Gemini Award nomination for his superb televised performance at The Montreal Comedy Festival in 2000.

Born just outside of Boston, Massachusetts, John has always had a gift for making people laugh. When he learned that he could actually make a living for doing so, John left behind his life as an accountant and began his comedy career. It wasn’t long before he was touring comedy clubs around the country. Shortly thereafter, John got his big break when he was asked to tour with Frank Sinatra. Since then he has become a regular guest on “The Tonight Show” and “The View.”

John has also enjoyed a long acting career in both television and film. “Duets” (starring Gwyneth Paltrow), “Dear God” (starring Greg Kinnear) and “Junior” (starring Arnold Schwarzenegger) are just a few of John’s film credits. He was a series regular on the hit series “Parker Lewis Can’t Lose,” and starred as the car-jack victim in the final episode of “Seinfeld.” John is the lovable “Mr. Bumpo” in “The Punisher” starring Thomas Jane and John Travolta.

When asked to describe his stand-up, John Pinette said, “I talk about my life, it is the funniest thing I can think of. For some reason, people enjoy seeing me lose my cherub-like demeanor.”

John’s first comedy CD, “Show Me the Buffet,” was an enormous success. His follow-up CD/DVD, “I Say ‘Nay Nay’” was a great success. His latest DVD is “I’m Starvin!”