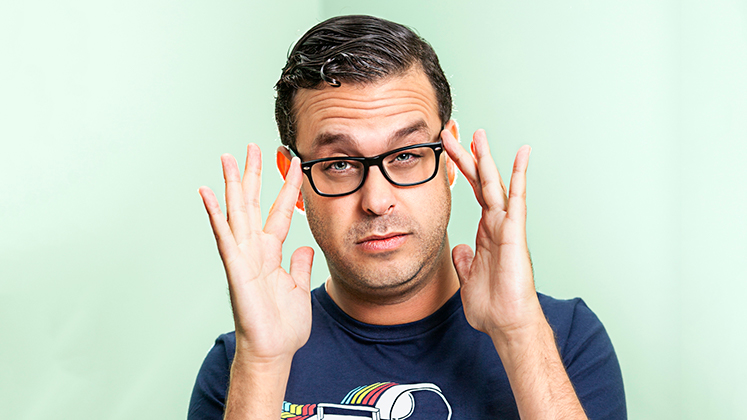 Writer, actor, and standup comedian Joe DeRosa has become a favorite on the comedy circuit. His brand of comedy mixing brutal honesty and frustration at the workings of the world has won over comedy fans, radio listeners, and TV audiences nationwide.

In February 2013 Joe taped his second half hour special for Comedy Central, and in April he will record his third standup comedy album “You Will Die.” His first two standup albums, “The Depression Auction” and “Return of The Son of The Depression Auction,” were released on Comedy Central records in 2010 and 2011 respectively. DeRosa also created, wrote, and starred in Official Comedy’s 2013 web series We Should Break Up and The Warner Sound’s 2012 web series What Are We Waiting For? In 2011 he directed and, along with fellow comedians Bill Burr and Robert Kelly, co-wrote and starred in the short film CHEAT, which premiered at The Tribeca Film Festival that year. Simon and Schuster released a book based on the film, which was written by the three, in October 2012.

DeRosa can currently be seen on History Channel’s I Love the 1880’s, and has appeared on HBO’s Bored To Death, FX’s Louie, IFC’s Z-Rock, E’s Chelsea Lately, and DirecTV’s The Artie Lange Show. He is a regular on Sirius XM’s The Opie and Anthony Show and Fox News’ Redeye with Greg Gutfeld. He headlines comedy clubs and colleges across the country and has been featured at South By Southwest, The Montreal Comedy Festival, The Moontower Comedy Festival, The New York Comedy Festival, Bonnaroo, and The Great American Comedy Festival.