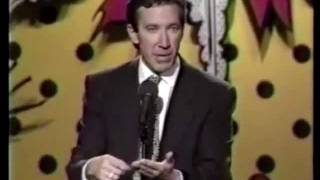 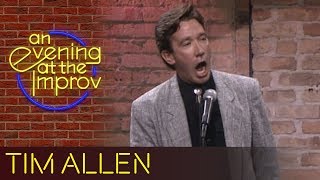 Tim Allen - All Men Are Pigs! Classic Stand Up Comedy on An Evening at the Improv 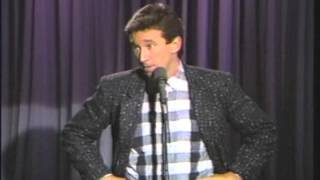 Tim was born in Denver as one of six children. His father died in a collision with a drunk driver when Allen was eleven. A couple of years later Allen’s mother married her high school sweetheart, merging her already large family with his three children. The new clan grew up in Birmingham, a suburb of Detroit, MIchigan.

Allen knew of his interest in show business early and attended Western Michigan University, majoring in Television Production. After his graduation in 1975, Allen got work at a local advertising company designing brochures and window displays.

Like many comics, Allen found it was easy to make his friends laugh. One of them dared him to try stand-up. He accepted the challenge, making his first performance in 1979 at Detroit’s Comedy Castle. The neophyte bombed for the few minutes but by the end began to earn laughs.

Allen’s budding stand-up career took a hard detour due to his an arrest in 1978 for drug charges. He was arrested at an airport for possession of cocaine. After his conviction, his subsequent co-operation with authorities reduced his seven year to three years. He ended up only having to serve 28 months of his sentence.

Allen found a level of local success. Along with being popular in the clubs, he would often appear in local commercials. While appearing on local talk show, Allen removed his last name of “Dick” at the behest of producers who felt it would just like a joke and part of his act.

After appearing in 1988’s “Comedy’s Dirtiest Dozen”, Allen moved to Los Angeles to further his career. He became a regular at the Comedy Store and the Improv.

Allen began talking about his home life, particularly focusing on the joys of being a man. Some of his punch lines were punctuated with snorting noises, which made a natural lead in for his first special “Time Allen: Men are Pigs” which premiered in 1990.

After the success of a Roseanne featuring stand-up Roseanne Barr, many producers began looking for stand-up comics who’s personas might make for other hits.  Tim Allen’s masculine persona was perfect to tailor a family sitcom around. In 1991, his sitcom “Home Improvement” premiere on ABC. Allen played a host of a home repair TV series and was a consistent hit during its 8 year run, often in Neilsen top ten. The sitcom also earned Tim seven straight People’s Choice Awards for “Favorite Male TV Performer.”

The show launched Allen to a level of celebrity, which made for more interest in seeing him perform live. At one point during Home Improvement’s run, Allen mounted a national tour with many sell out performances.

In 1994, Allen wrote his first book entitled “Don’t Stand Too Close to a Naked Man.”

With his success in TV, Allen branched out to films. First appearing in kid friendly fare like the “Santa Clause” and continued to focus on comedy, including the movies “For Richer or Poorer”, “Galaxy Quest”, “Joe Somebody”, “Big Trouble” and most recently, “Wild Hogs.” He also provided the voice for Buzz Lightyear for both “Toy Story” and “Toy Story 2.”

Tim Allen has not performed stand-up in some time, to his regret at times, bemoaning how not many seem to remember much of the road work he used to do. He has hosted charity events but has not mounted a big return to the art form, claiming much of his comedy comes from discomfort. Allen says he’s not longer hungry, leaving him bereft of the strong point of view a stand-up needs. 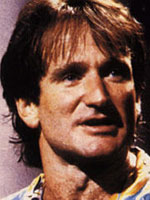 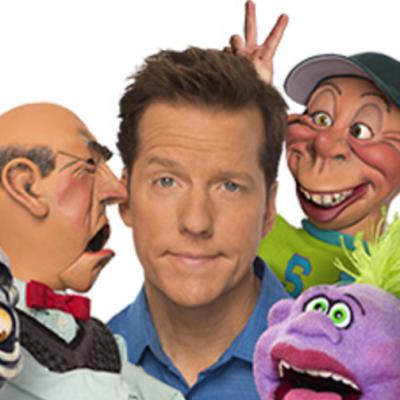