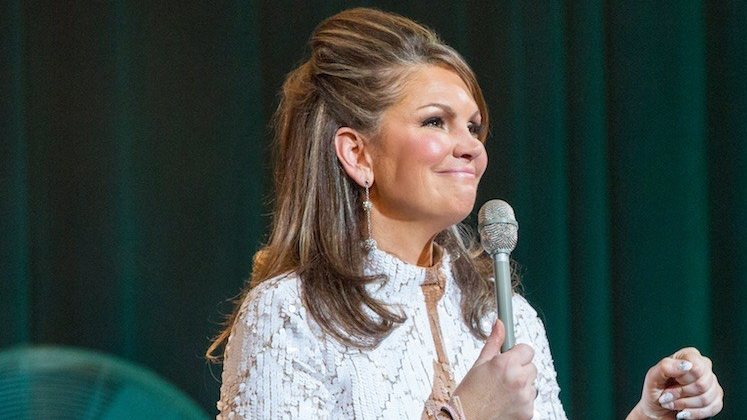 Lynne Koplitz is a graduate of Troy State University in Alabama and did community theatre in Nashville, Knoxville and Atlanta before moving to New York City where she tried stand-up comedy on a whim. She’s a regular at Stand-Up New York, Comic Strip Live and Gotham Comedy Club. Lynne co-starred on SONY’s syndicated talk show Life and Style with Jules Asner, Kimora Lee Simmons and Cynthia Garrett.

She has her own ½ hour comedy special on Comedy Central Presents: Lynne Koplitz currently in rotation on Comedy Central. She performed at the Montreal Just For Laughs Comedy Festival twice. Lynne was also the co-host of the comedy cooking show How to Boil Water on the Food Network and a co-host of last year’s Shop & Style on NBC. Lynne was first noticed as the host of Telepictures Change of Heart, the nationally syndicated relationship show.

She has appeared as a guest host of NBC’s Later, has had a development deal with NBC for her own sitcom, was a featured comedienne on Comedy Central’s Premium Blend, and guest starred on NBC’s Extra and NBC’s The Other Half.

Lynne is also the first comedienne since Roseanne and Brett Butler to have a development deal for a sitcom with Tom Werner from the former Carsey/Werner producing team (Roseanne, Grace Under Fire, That 70s Show).