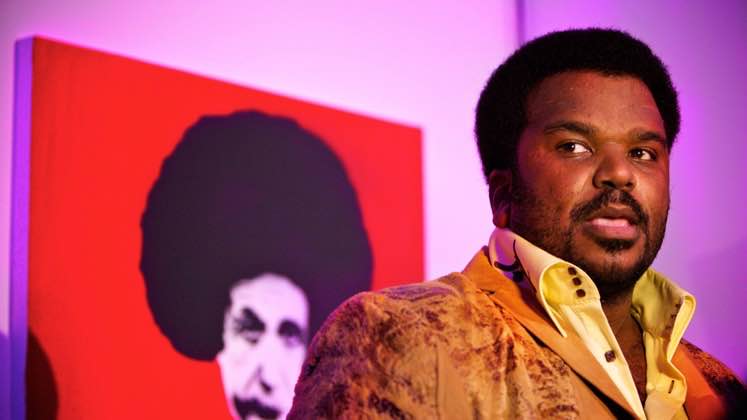 Craig Robinson, born and raised in Chicago, is an American actor, stand-up comedian, and singer. Arguably best known for his role as acerbic Dunder-Mifflin employee Darryl Philbin on NBC’s Emmy-winning “The Office,” he has also starred in films such as Knocked Up, Pineapple Express, the Hot Tub Time Machine series, and This is the End.

efore deciding to pursue his comedy career full time, Robinson was a K-8 teacher in the Chicago Public School System. He earned his undergraduate degree from Illinois State University and his Masters of Education from St. Xavier University. It was while he was studying education in Chicago that he also discovered his love of acting and comedy when he joined the famed Second City Theatre.

As a stand-up comedian, Robinson first made his mark in the comedy circuit at the 1998 Montreal “Just For Laughs” Festival. That year, he also won the Oakland Comedy Festival Awards and the Miller Genuine Draft 1996 Comedy Search. He soon went on to perform his act on “The Jimmy Kimmel Show,” and “Real Time with Bill Maher.” Now headlining venues and festivals across the country, he does both solo acts as well as full-band sets – “The Nasty Delicious” – tying together his lyrical comedy with his finesse at the piano.

This summer, he will star in the NBC sitcom “Mr. Robinson,” which is loosely based on Robinson’s life pre-Hollywood success when he was a K-8 music teacher in Chicago while performing with his band at night.