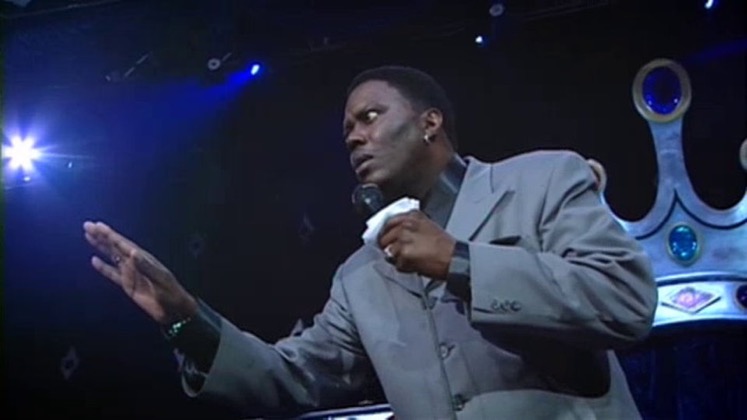 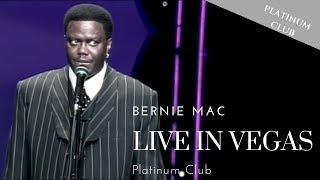 The Late Bernie Mac - Live in Vegas - Kings of Comedy 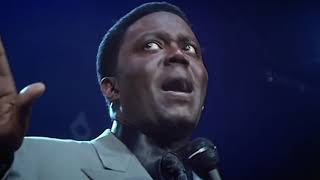 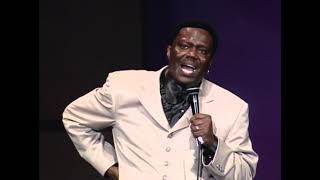 Raised in Chicago’s South Side, Bernard Jeffrey McCollough, late shortened to Bernie Mac, was part of a large family.

Mac’s mother was his initial inspiration to become a comedian. After he saw her crying mother cheered up by a performance by Bill Cosby, Mac told his mother that he would be a comedian so that maybe she would “never cry again.” He lost his mother to breast cancer at 16, being only a sophomore in high school.

Mac’s comedic sense was honed while young. He nearly graduated Chicago Vocational Career Academy with the title “Class Clown” but he turned it down, citing that he was a comedian rather than performing the foolish antics of a clown.

Bernie Mac first started performing as a comedian in 1977 when he was only 19. In between his gigs, he worked a variety of jobs including as a janitor, school bus driver, a delivery truck driver and a furniture mover.

In the 80s, he labored in relative obscurity, though he was a fixture of the Chicago scene, performing everywhere, not just clubs, but also on ‘L’ train platforms and parks for spare change. Money was scarce. For one of his first professional gigs, Mac was so broke that he borrowed a suit from his brother. Mac grew to be a draw in Chicago, selling out venues that normally require a comic had graduated to New York or Los Angeles prior.

Late in 1989, the gates of showbiz began to break open for Bernie Mac. He opened for Redd Foxx and Slappy White in Las Vegas. Foxx told Mac that he was funny but that he worried too much about being liked. He advised him to reveal more of what’s buried within, because “that’s the only stuff that really counts.” A year later, Bernie Mac won a nationwide Miller Lite Comedy Search, earning a check of $3,000.

A breakout performance on HBO’s Def Comedy Jam introduced him to America. Mac had to follow a comic who bombed so bad he was booed off the stage. Mac, with 15 years under his belt, came out with the confidence that dominated much of his work and boldly told the bloodthirsty crowd “I ain’t scared of you muthafuckas.” From there on, he pretty much owned them, killing the audience rather than they killing him.

HBO gave Bernie Mac his own comedy variety series in 1995 entitled “Midnight Mac.” The show was short-lived and Bernie was seen more often in films such as the comedies “Friday”, “Don’t Be a Menace to South Central While Drinking Your Juice in the Hood” and “Life.”

After more than twenty years working the clubs, Bernie Mac finally became a household name with Spike Lee’s concert film “The Original Kings of Comedy.” The movie documented a North Carolina performance by Mac and his compatriots D.L. Hughley, Steve Harvey and Cedric the Entertainer. The Original Kings of Comedy tour was, at the time, the most successful comedy tour in history.

Mac’s routine about his tougher approach at raising children became the basis of his Fox sitcom “The Bernie Mac Show”,  which premiered in 2001. Bernie Mac played a married comedian who suddenly becomes a father figure when he takes in his sister’s three children while she copes with her substance abuse problem.

On “The Bernie Mac Show”, Mac’s willingness to threaten physical discipline on the children was tempered by his obvious care for the kids who had endured much in their young lives. The show also kept Mac’s stand-up style by having the comic address the audience directly, breaking the fourth wall for monologues. The show ran for five seasons. Larger movie roles in the “Ocean 11” series, “Bad Santa” and “Mr. 3000” followed in the success of the sitcom.

In 2005, Mac revealed that he suffered from the disease sarcoidosis, which inflamed the cells of the comedian’s lungs. The disease was in remission. He had been diagnosed in 1983.

In 2007, Bernie Mac announced to David Letterman on the Late Show that he was retiring from stand-up after 30 years. He would make a farewell performance that would be documented in a concert film tentatively titled “The Whole Truth, Nothing but the Truth, So Help Me Mac.” However, that project, and thus his retirement, did to come to pass.

Mac continued to be active in stand-up within a month of his death, performing a somewhat controversial routine at a fundraiser for Presidential candidate Barack Obama.

In August of 2008, Mac entered a Chicago hospital with a case of pneumonia. Mac was induced into a coma to help his recovery and became subject of internet rumors that he was dead. Denials were issued publicly, stating that his doctors expected to comic to recover. A week later, Mac unfortunately did finally succumb to complications from pneumonia. Mac’s Sarcoidosis was in remission at the time and unrelated to the comic’s death. 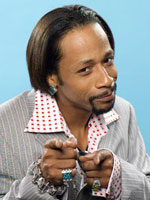