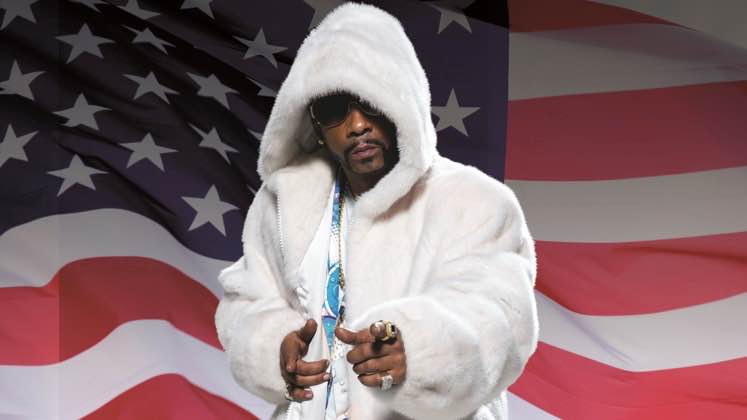 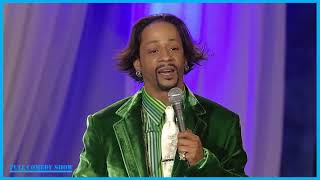 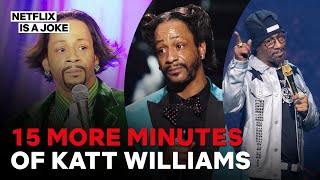 Katt Williams was born September 2nd in Cincinnati, Ohio. He was raised in Dayton, and when he left home, he voyaged from place to place in order to make a living for himself. Because he was such an intelligent child, he became very inventive in his methods to support himself. This included selling magazines door to door, and pretending to be a comedian at a Florida night club, even though he was under age. The audience was extremely responsive to his natural talent, and he then realized that it was a possibility to make a living performing stand-up comedy.

In 1995, Katt became a father and his life then changed forever. “Having no legal skills and having an aversion to manual labor, my options weren’t that great. I was a single father and I had constant motivation”. He and his son traveled to a variety of places in order to perform comedy for small amounts of money. Needless to say, this was extremely difficult for a single parent. He has since adopted children, which has also been a source of tireless motivation.

Katt Williams began to perform in “White rooms” all across the country. Although his reputation grew, he had not yet achieved his goals in the comedy realm. In 1999, Katt moved to Los Angeles, California, and within a year and a half, became a respected presence in the local comedy clubs. Performing at places like the Laugh Factory, The Improv, The Comedy Store, and The Icehouse, allowed him to host his own comedy room at the Hollywood Park Casino. In the summer of 2001, he was awarded Cedric the Entertainer’s Anheiser-Busch “Best Los Angeles Comic’s Award.

In October of 2001, Katt went on his first theatrical audition at New Line Cinema for Friday After Next, and landed the role of “Money Mike“, which has contributed to a large portion of his fan base. Since then, Katt has appeared in a variety of television shows, such as The Tracy Morgan Show, My Wife and Kids, NYPD Blue, Cuts, Girlfriends, and is currently on the number one show on MTV, Wild ‘N Out with Nick Cannon. He has also provided numerous skits and video appearances for artists such as Ludacris, E-40, Outkast, Lil’ Kim, Lyfe Jennings, Nick Cannon, Suga Free, Lil‘ Scrappy, and a variety of other up and coming artists. He is also sponsored by several corporations such as Capri Jewelers (Phoenix, AZ) and T-Mobile (Urban World Wireless). Katt Williams is currently preparing for the release of his new rap/comedy album with Universal Records which is a collaboration with several well known artists. He will also be on his own comedy tour which begins the first part of 2006. He reaches his many fans through myspace.com (katt williams) and kattwilliams.com.