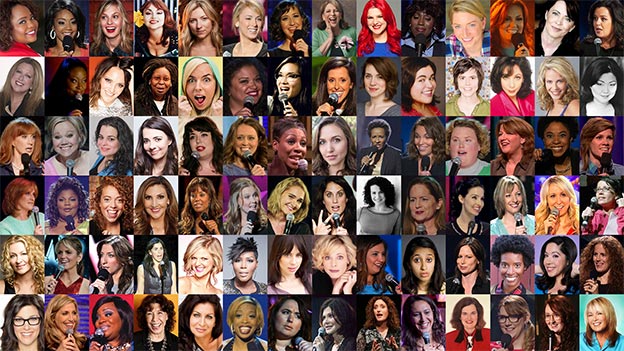 The past month of sad and infuriating stories about men in power abusing their positions at the expense of women’s safety, mental well-being and careers has been brutal. These unending reports show how far we have to go in all parts of our society, including comedy.

Here are some of the great articles I’ve read about women in comedy. You should read these too:

In the wake of all of this, I wanted to do something positive. Build something that highlights the incredibly funny women in stand-up—particularly their live shows, which have become my focus with this site. Live comedy is the engine of change in comedy…everything starts there first.

So I came up with this:

Essentially, it’s upcoming headlining shows by women at comedy clubs and theaters across the country. It will be continually updated and regularly expanded with more shows and more women.

Why headliners? These women have already broken through the current system, right? Maybe. But to me ultimately any comedian’s success is proving they can put bring their audience to see them. By focusing on women who are headlining, I’m hoping this resource can help more of their shows sell out (many of these ladies already sell out—get your tickets early!). And the more their shows sell out, the more the current system recognizes that women stand-ups are moneymakers. And hopefully comedy gatekeepers will take more chances on an up and coming performer who just happens to be a woman.

I hope people will find this resource helpful. Maybe it’ll spark a better idea from someone else. I’m open to any ideas on how to improve it…just write me.

Commenting is not available in this channel entry.
Previous:
Did French Comic Tomer Sisley Steal Jokes from Nearly 20 Comedians?
Next:
Julie Seabaugh’s “Ringside at Roast Battle” Captures a Comedy Movement in the Moment