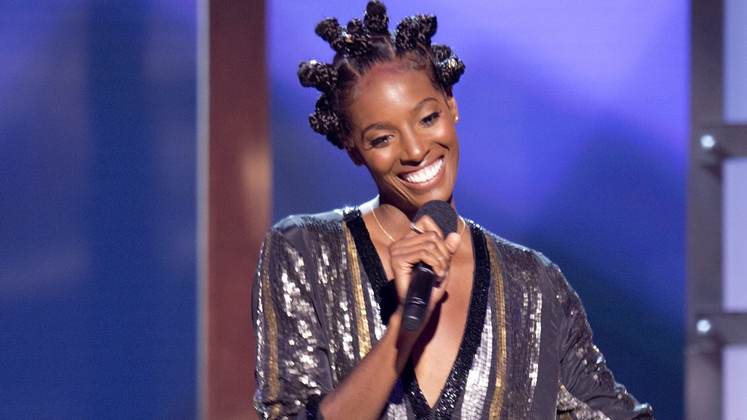 Zainab Johnson grew up with 12 other siblings in Harlem. Her family is Muslim and was sometimes strict, forbidding her from dating in her teens.

After graduating from college with a degree in math, she became a teacher. Very practical. But after her father’s death, Zainab realized she needed to pursue her dream of being an entertainer now.

Zainab moved to Los Angeles to pursue acting. She fell into comedy because a comedy producer friend needed a short-term assistant. She only took the job to pay for a pair of boots she wanted.

After extending her short-term to a longer six months, Zainab saw that few of the acts were women. She decided to try an open mic for herself on the day she quit.

In 2014, she performed at the Montreal Just for Laughs Festival as one of the “New Faces of Comedy.” That year also saw her reach the semi-finals on NBC’s Last Comic Standing Season 8.

In late 2016, Zainab was one of five comedians showcased in the HBO special “All Def Comedy”, a relaunch of the pioneering Def Comedy Jam.

Zainab is currently developing a sitcom with Wanda Sykes about a Muslim model for ABC.