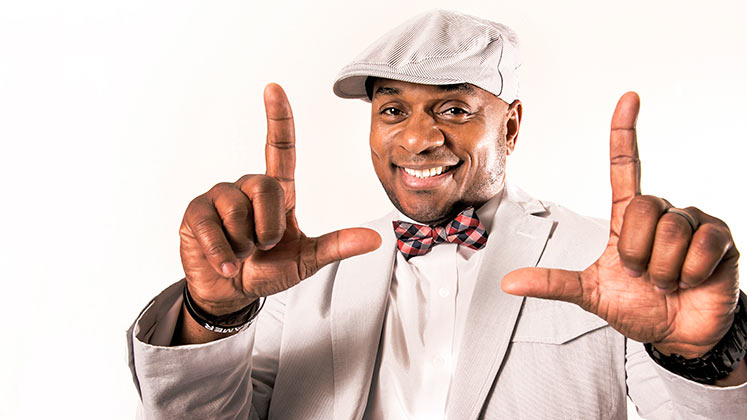 Tony has entertained audiences in some of the nation’s hottest comedy arenas including: Caroline’s, The Boston Comedy Club in New York City; The Peppermint Lounge in New Jersey; All Jokes Aside in both Chicago and Detroit; and The Comedy Act Theater in Los Angeles, just to name a few. But Tony’s television debut was on HBO’s “DEF COMEDY JAM”, followed by, “IT’S SHOWTIME AT THE APOLLO” and “BET’S COMICVIEW.” Early on, Tony received BET’s, ROBIN HARRIS AWARD, for Most Original Comic.

Soon after, HBO noticed Tony’s rising star and sent him to be featured at the 11th Annual U.S. Comedy Festival in Aspen Colorado. Upon returning, Tony was asked to return to the stage again for HBO, this time due to popular demand from his initial performance on HBO’s “DEF COMEDY JAM.” He would later appear in the Season premiere of Russell Simmons presents, Comedy at the El Rey for Comedy Central. Shortly After, Showtime Network and Salient Media placed there stamp of approval on Tony, and agreed to tape and air his one hour comedy special, WIRED! Which aired in January 2010 and was the most sold comedy special of the year for Salient Media. The DVD is nationally featured in Walmart’s across the nation.

No Stranger to TV and Film, as an actor Tony has toured with a major theatre play, has been cast in a sketch comedy pilot for CBS entitled, JUST ADD WATER and has appeared in half a dozen movies. As a host, Tony recently hosted the vh1 pilot “Dance Slam Cam, ” and a Guest Lead in “Nite Tales” for BET and recently sat on the couch as guest on The Monique Show. Keep an eye on Tony Roberts ... America’s next great talent!