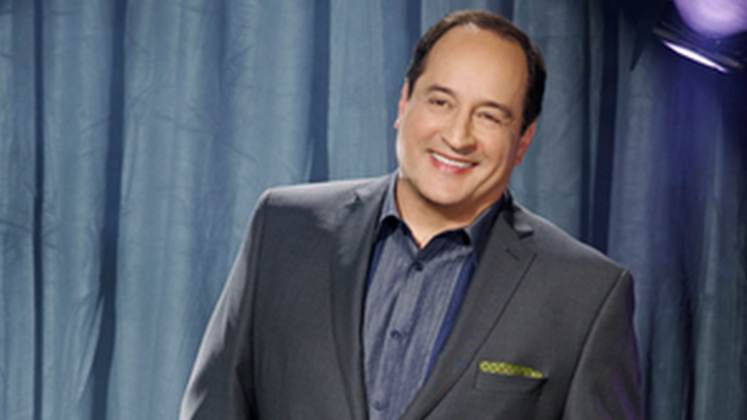 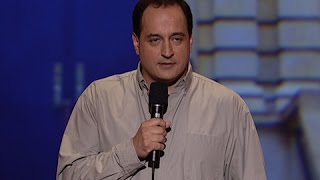 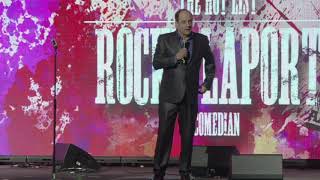 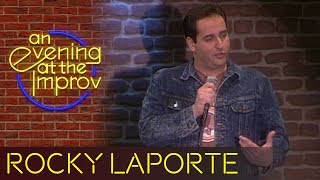 Rocky LaPorte has been performing on the road as a top-notch, in-demand and enormously popular comedy club headliner, accumulating a trunk full of TV appearances from “Cheers,” “Carolines Comedy Hour” and his very own “The Rocky LaPorte Show” a pilot for CBS. Rocky’s family came to this country from Brooklyn, when his father was deported for drag racing midgets. The family then moved to Chicago so Rocky could play for the Chicago Cubs during their championship reign in the early 70’s. While playing for the Cubs, Rocky pitched twelve no-hitters and maintained a batting average of 700. During baseball’s off season, Rocky served in Vietnam and was highly decorated with Agent Orange. After returning from the war, the Cubs traded Rocky to the New York Knicks for six hot dogs and a VCR. There he played center for nine and a half years shattering, many records and tapes. Changing from a career in sports to the opera, Rocky moved to Cleveland. While in Cleveland, Rocky sang opera and that is where he and other opera stars got interested in mountain climbing. He is most proud of conquering some of Ohio’s tallest peaks. Bored with opera, he got into Karoke where he won the nationals and got to meet Billy Ray Cyrus. Upon moving to Nashville, Rocky wrote many famous country songs and is still a legend in Tennessee to this day. Rocky then moved to the west coast, where he alone was totally responsible for reuniting The Eagles. He now tours the country as a stand-up comedian because he loves people.