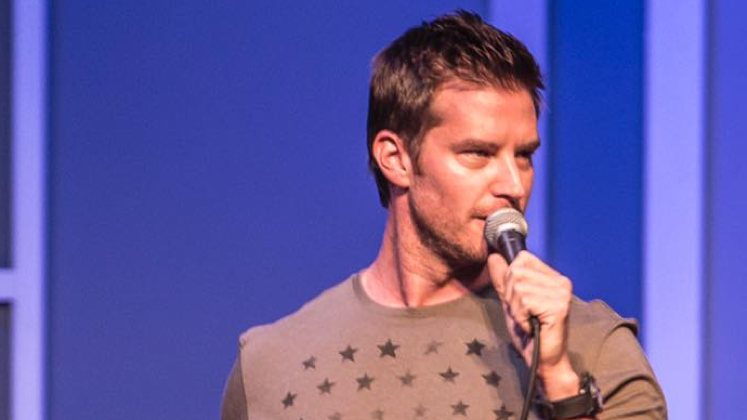 The Truth About Period Sex

If you like dirty comedy, Colin Kane’s your man.

An insult comic that acknowledges the line and leaps over it, Kane is best known for his in-your-face delivery and off-the-cuff crowd work. Featuring an unlikely blend of piercing bite and authentic heart, Kane’s R-rated act tackles sex, relationships, race… and everyone who is brave enough to sit in the front row.

Kane recently made his film debut in a breakout role opposite Kevin Hart in “The Wedding Ringer,” which was the #1 comedy in America for three weeks in a row. He has a special on Showtime, won Howard Stern’s “Kill or Be Killed” comedy competition, and performs for our troops whenever possible through the Wounded Warrior Project.

Kane’s popularity has proven contagious across the country, and has happened mostly via word-of-mouth from a dedicated fan base. Anyone who comes to one of his shows is guaranteed to come back with 20 of their friends.

A Los Angeles resident, the born-and-bred New Yorker sells out theaters and comedy clubs across the country. Now it’s time for you to see why.