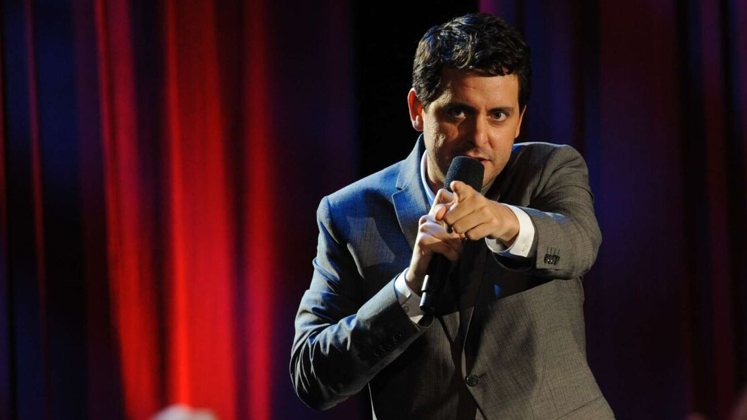 Ben Gleib is host, writer, and executive producer of “Idiotest,” the hit comedy brain teaser game show in it’s 3rd season on GSN, with 145 episodes. It’s the most watched original program on the network, and is currently nominated for an Emmy.

His first hour-long standup special will be premiering on Showtime on June 3 at 10pm. “Ben Gleib - Neurotic Gangster.”

Esquire named him one of “Six comedians who could be comedy’s next big thing.”

Gleib is currently a regular on “The Today Show” with Kathie Lee and Hoda, on their “Guys Tell All” segment. You also may have seen one of his recent appearances on @Midnight with Chris Hardwick on Comedy Central.

He also just created, executive produced, hosted and was head writer on a spinoff special for GSN called “Political Idiotest,” blending his game show with his love of politics. Recently he was guest co-anchor for a week for ABC News digital, from ABC News world headquarters in New York.

For 7 years he was a round table regular on “Chelsea Lately” on E! with over 100 appearances. He also played himself on a memorable episode of the E! scripted series “After Lately.”

He has performed his standup to sold-out arenas all over North America opening for both Chelsea Handler and Dane Cook, and on “The Late Late Show,” “Last Comic Standing,” and twice on “Last Call with Carson Daly.” He is constantly on tour, and is likely performing soon in a town near you.

He he been an on-air contributor for CNN, and won a Golden Mic for his work on Southern California NPR’s “Patt Morrison’s Comedy Congress.”

As a voice over actor, Gleib is one of the stars of Kevin Smith’s “Jay and Silent Bob’s Super Groovy Cartoon Movie,” currently on Netflix. He’s the voice of Marshall the Sloth in “Ice Age: Continental Drift,” (the #2 animated movie of all-time internationally,) and voices Dali in “The Book of Life” starring Channing Tatum. His voices have also appeared in “Phineas and Ferb,” and the youtube series “The Melvin Bros.”

His podcast “Last Week on Earth with Ben Gleib” on the Smodcast Network debuted at #9 on iTunes Comedy, and was #1 on Stitcher for over 20 weeks. Every Wednesday, he hilariously summarizes news and politics, occasionally being joined by celebrity guests. Subscribe on iTunes.

He has worked for The Oscars, hosting The Academy’s first ever “Oscar Roadtrip” which was featured on ABC’s Oscars Pre-Show. He co-wrote and stars in the scripted webseries “CINEDOPES,” available for free on Youtube.

In 2007, he starred in the primetime NBC comedy series “The Real Wedding Crashers.”

In 2006, he sold a pilot to FOX called “The Gleib Show” produced by Saturday Night Live’s Lorne Michaels, Broadway Video, and NBC Universal. This was based on a show he did for 3 seasons for the National Lampoon Network, and for 4 years before that in college at UC San Diego.

Gleib’s online videos have received more than 18 million views, he has worked for all 4 broadcast TV networks, and many of the major cable networks and digital platforms. In 2008 he shot a pilot where he got to mess with Barack Obama, Bill and Hillary Clinton, and ruined a John McCain press conference, getting kicked out by the Secret Service. On the radio, he is a regular on the hugely popular shows The Bob and Tom Show, Loveline with Dr. Drew, and Kevin and Bean.