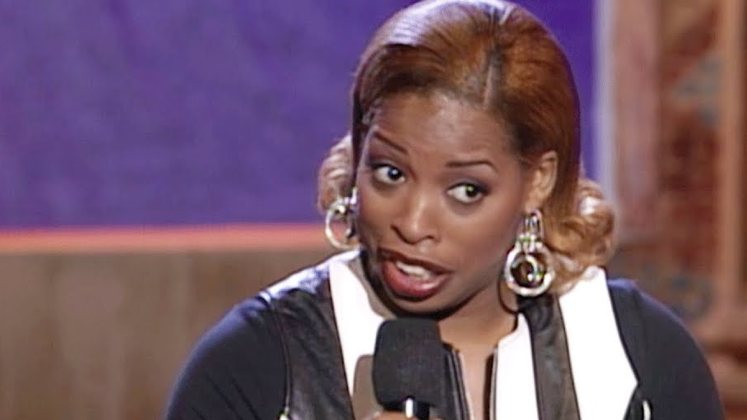 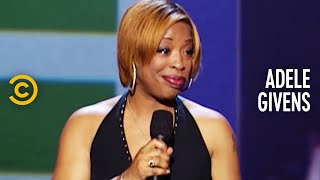 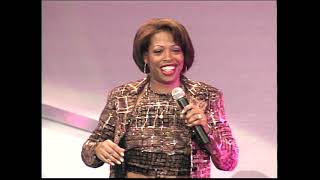 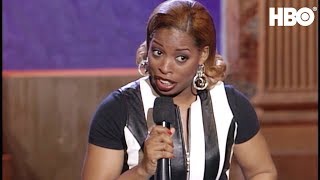 It wasn’t long before comedian Adele Givens made her acting debut, guest-starring in such sitcoms as “Martin”, “Moesha”, “The Steve Harvey Show”, “The Parkers”, a recurring role on “The Tracy Ullman Show”, a series regular on the hit UPN sitcom “The Hughley’s”, to name a few. Loving her newfound tree, comedian Adele Givens branched out to do her very own morning radio show (The Howard MaGee and comedian Adele Givens Morning Show on WGCI) in Chicago, but not before filming her first movie role as “Tricks” in “The Player’s Club”. Before long, HBO recognized her majesty by offering her a chance to do her own HBO half-hour comedy special and television pilot “The Adele Givens Show”. She also served as co-host of the Source Magazine Awards pre-show on UPN. Lately, comedian Adele Givens has been wowing audiences everywhere on the recent and very successful Queens of Comedy Tour (13 consecutive sold out dates).

Who could be surprised, after the massive success of the tour’s movie and the Grammy nominated Queens of Comedy soundtrack. It wouldn’t take Miss Cleo to tell what to expect for the tour, as if comedian Adele Givens hasn’t sprouted enough branches on her royal tree, she recently embarked on her latest leaf, spoken word, an artistry derived from poetry and giving new meaning to the term “poetry in motion”. Until you’ve heard her rhythmic, inspiring work, you have not indulged. Lucky for you, you can catch a piece of the action on Comedy Central as comedian Adele Givens’ half-hour comedy special premieres May 27th.

On February 3rd, 1990, a Queen was crowned the winner of the crown royal comedy competition at the Regal Theater in Chicago. Her name is Adele Givens - ALL HAIL THE QUEEN!