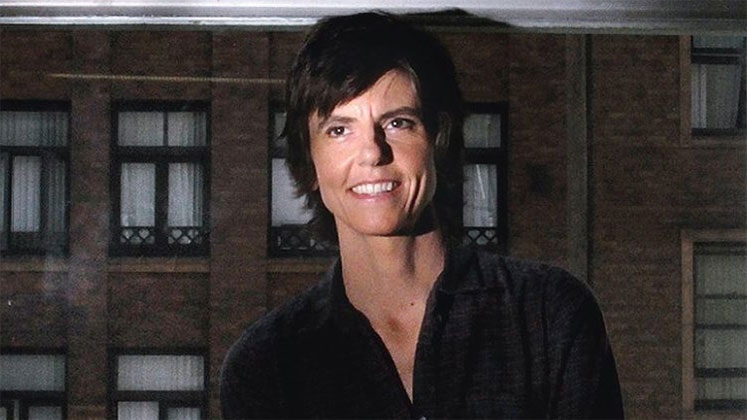 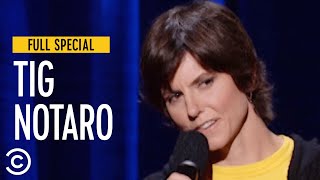 Tig Notaro: “Get Out of the Way of a Woman and Her Dream”- Full Special 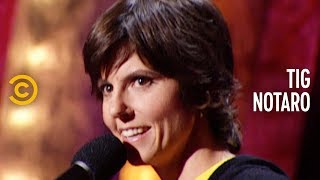 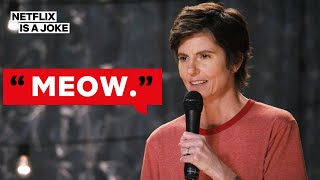 Born Mathilde Notaro, she gained her nickname “Tig” from her brother while growing up in Mississippi.

Tig attended high school in Texas, but dropped out and followed some friends to Denver. She got involved with the local music scene and began managing bands under the name “Tignation Promotions.”

After a move to Los Angeles, she saw how many places had stand-up show and felt the need to try it out. Her first show went so well that she impetiously made her second attempt at performing at a stand-up comedy competition. She did not win. Nor did she stay on stage longer than a minute.

Notaro’s style began as a one-liner comic, telling gags in a character. As she’s performed, she found herself more willing to explore a subject from multiple angles and, naturally, became more willing to break that character and be more herself on stage.

In 2006, she and her comedian friend Martha Kelly created the Crackpot Comedy Tour. Going around the country, they would play venues set up by their fans. They were taking their comedy literally into people’s living rooms. And their backyards. And their garages. Special guests like Zach Galifianakis would also play some of the shows. At one time, Notaro wanted to produce a film about the experience.

In August of 2011, Tig Notaro released “Good One” — her first comedy album. The album was released by Secretly Canadian, an indie label, who knew her comedy from when she toured with Jens Lekman, another Secretly Canadian artist. The fact that she would be their first and only comedian appealed to Tig, who had been reluctant to release a CD previously.

Tig has a weekly podcast on the Earwolf network called “Professor Blastoff.” The show has a philosophical bent to it, with Tig and her cohosts Kyle Dunnigan and David Huntsberger examine and discuss a single topic like Astrobiology, Sexual Attraction or Kung Fu.

Notaro is a close friend with Sarah Silverman. She appeared as “Officer Tig” on The Sarah Silverman Program and have collaborated on a pilot for the Logo Network.