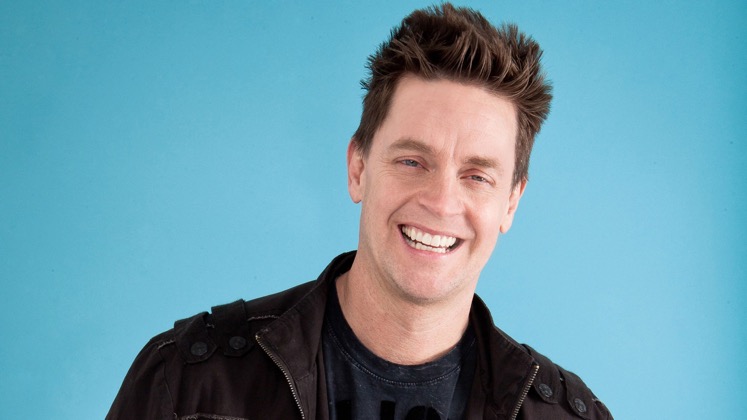 A stand-up comedian since his high school days at Valley Stream Central High School in Valley Stream, New York, Jim Breuer worked in comedy clubs around the country for several years before deciding to become a regular on the New York comedy club circuit.

After being in New York for only seven months, he landed a gig on the nationally syndicated show, “Uptown Comedy Club,” where he spent two seasons.

In 1995, Jim joined NBC’s “Saturday Night Live,” becoming best known for his original character “Goat Boy” and his impression of actor Joe Pesci. After a four-year stint on “SNL,” Jim starred in the movie “Half Baked “alongside Dave Chappelle.

That summer, MTV also invited the comedian to co-host the popular show “MTV’s Beach House.” Additional appearances include numerous stints on NBC’s “Late Night with Conan O’Brien,” as well as roles in several movies, such as “Dick” (1999) and “Once in the Life” (2000), and most recently, “Beer League.”

Jim Breuer pioneered the “heavy-metal comedy” revolution, combining his love of rock ‘n’ roll with comedy. Backed by a full band, Jim continues to entertain packed crowds with his impressions of AC/DC’s Brian Johnson and Metallica singing “If You’re Happy and You Know It.” Jim’s “Heavy Metal Man” comedy tours also feature a mix of routines that have become cult favorites, such as “The Wizard,” “Coming Home at 4 a.m.” and “Party in the Stomach.” It was this act that garnered him one of Comedy Central’s “100 Greatest Stand-Ups of All Time”

In 2004, Jim began his career at Sirius Satellite Radio as the host of his own show “Jim Breuer Unleashed” on RawDog 104. After four years, the show became “Fridays with Breuer” on the combined Sirius/XM network.

2009 saw a distinct change in Breuer’s comedy, which he asserted in his new special “Let’s Clear the Air.” The title winks at Breuer’s reputation as a stoner as a result of movies like “Half Baked.” But a majority of the material in the special demonstrates Breuer’s biggest priority: family, specifically caring for both his daughters and for his aging parents. Breuer claims the special was inspired by an appearance by Bill Cosby on his radio program where the legendary comic talked about “inspiring people.”

Around the same time, Breuer produced a documentary called “More Than Me” about Breuer taking his 86-year-old father along on a comedy tour. Breuer has become his father’s caretaker and wanted to demonstrate the process of caring for your own parents, showing it can be done while keeping their dignity. The film premiered at 2009’s Just For Laughs Festival in Montreal.

Jim currently resides in the suburbs of New Jersey with his wife and three daughters.