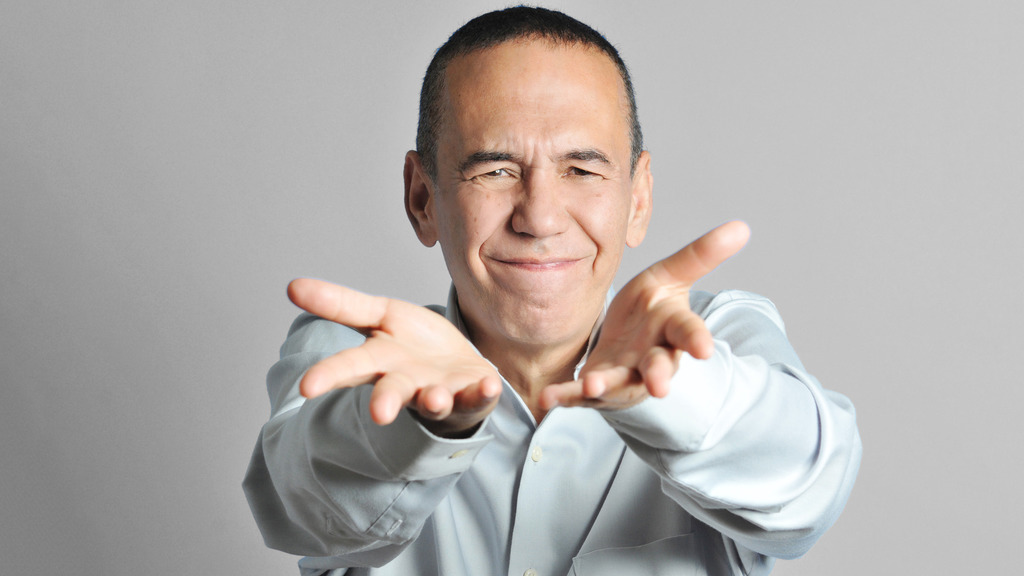 A stand-up performer since 1970 when he was just fifteen, Gilbert Gottfried stayed on the lunatic fringe of stand-up until 1980 when he briefly joined the cast of “Saturday Night Live.” He said his main claim to fame on that show was being the only person on the staff who didn’t take drugs with John Belushi. He was a regular on 1983’s’ Thick of the Night,” appeared on his friend Richard Belzer’s Cinemax special in 1984, began doing promos for MTV in 1986, and slowly began to wear down resistence to his hilarious but abrasive style, which was a bit like Jerry Lewis trying to imitate George Burns. He favored squinty grimaces and old-fashioned kvetching but often delivered them with a manic edge and a screamy voice. The jokes were often abrasive and deliberately tasteless: “I was sitting with the Elephant Man and he said, “Does everyone have a head the size of an office building, or is it just me?”

In1986 he became the pitchman (or more accurately, “yellman”) for an O’Henry candy bar TV campaign, still in his self-described character of “an unpretentious asshole.” In guest roles on “The Cosby Show” and “Beverly Hills Cop II” he played “a loud, irritating Jew, which is a stretch for me.” He experimented with print humor in the late 80’s National Lampoon, unfortunately during the worst period of the magazine’s editorship and quality, and ended the decade with a perfect assignment: “host” for late night exploitation films on USA cable. He would interrupt the films for sketches or just a few minutes of ranting guaranteed to wake up any dozing viewer. He began the 90’s with more films (dueling with a brat in “Problem Child” and trading insults with “Dice” Clay in “The Adventures of Ford Fairlane.)”

A quiet and shy man off stage, Gottfried created the exact opposite for his stage persona, the cross between old style Catskill comic and a high powered new wave star like Sam Kinison or Judy Tenuta. He looked like an 80 year-old man painfully caught in the body of a crazed young comic. A typical gag that could’ve been told by a Catskill comic on drugs was his notion that Israel should change its name to “Jews R Us.”

A “love him or hate him” stand-up, Gilbert enjoyed shock comedy: “I went up to Jackie Kennedy at a party and figured I’d try to break the ice by getting a little conversation going. So I said, ‘Do you remember where you were and what you were doing when you heard that Kennedy was shot?’” Looking for comics hip and “on the edge,” the Emmy awards producers in 1991 booked him as a presenter. He took the opportunity to deviate from the script and defend Pee Wee Herman: “I sleep a lot better since Pee Wee herman’s been arrested! Masturbation a crime? I should be on death row! Masturbation’s against the law? I should’ve been sent to the electric chair years ago. Right now I’m like Superman. You could put charcoal in my hand and I could crush it into a diamond!” The audience roared, but afterward the Emmy producers expressed outrage and alarm. They were in the minority. Many were now on Gottfried’s wavelength.

Of course, he still could mystify the crowd with an experimental joke. But if greeted by silence, Gottfried had a comeback: “Okay, now you make me laugh.”