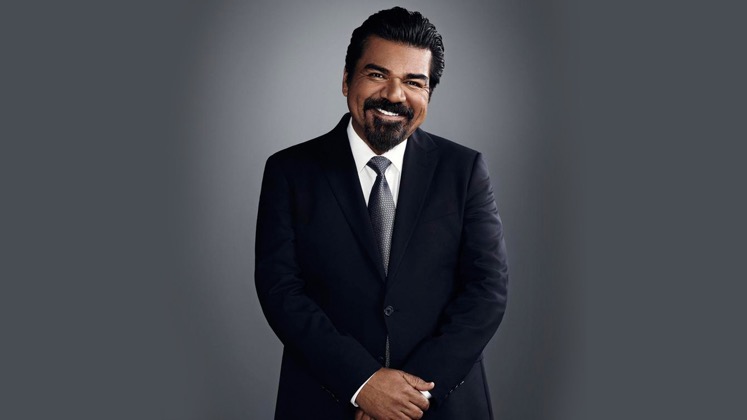 Salt Lake 2021. He came out quite drunk appeared to me, and sticks his tongue out in a strange way every few seconds like his mouth is dry.  This is the first time I’d ever seen him do stand up, so maybe this is always what he does but it is off-putting. His material is one dimensional—kind of a grumpy old man schtick, basically talks about his tough childhood—that’s it. In this set it was a lot of jokes about kids basically being abused (school of hard knocks type stuff) which can be funny at times but get old.  I am a white guy middle age so yes some of the material will reverberate more with Mexican heritage folks who have relatives and uncles grandmother’s grandfathers that this would remind them of, but overall just too much of the same thing and bordering on mean. Also threw in some weird comments about special needs kids as well as an odd riff on female teachers sleeping with students that was just creepy fantasy. Also some stuff on aging and ED which were flat.  I think his delivery is still solid he really can do the faces and physical humor pretty well uses the microphone, sound effects well but again combined with weak material just doesnt get off the ground. Crowd was mostly into it but felt more like sympathy and respect for his overall career—not really for the set. Name brand recognition is carrying him right now. I thought the opening act was much better covered a lot more ground a lot more diversity in his jokes. He had put in some work to understand the local Utah culture and had some nice riffs on that.

Used to be funny.  Not anymore.  Steals money from people to voice his lib-tard opinions.  No longer funny.  Looks tired.  Looks drunk.  Can’t handle his booze.  Lives in Pebble Beach and knows he doesn’t belong.  You can take the Mexican out of the hood but you can’t take the hood out of the Mexican.  LMB GEORGE!,,,

I’m glad we got the tickets to see George Lopez for free because it made me feel better when we walked out early.  He has a problem with women, white people and was honestly just not funny.  The opening act was good. Funny and engaging but GL was just rude and sad.  He used the word “pussy” about 50 Times.  I get that we’re all adults but really, find another term after the first 49 times.  He’s just becoming an angry caricature of himself which is too bad.

Was so excited to see him, but was so disappointed.

Would have to agree with the other review that if you are not familiar with latino culture its hard to relate to his jokes.

Having had many of the experiences George refers to, I get it.  Of course, I am Mexican and it is my humble opinion that you must be Mexican in order to understand the context and manner in which he delivers his material.  If you are not of Mexican descent, or have not been influenced in any way by our culture, then you will NOT get it—- its as simple as that.  While many complain about George speaking about the same thing (eg, his childhood, his relatives, etc),  this was a brilliant avenue of humor. It was an untouched, unspoken platform in which he takes everyday events and examines the obvious humor behind it.  For me, it made me realize that my family was a lot like other Mexican families.  It also occurred to me that the next generation of “Latinos” will be clueless about many of the subjects that George touches upon, and that is sad.  I’ll be see ing George in Fresno on 11/25/11.  Hoping to get good seats!!!!!

I have always had high regard for GL’s comedy,and admired his achievements. Last night I was excited to attend his show, but the performance itself was very painful for me. The opening stand-up used the F word over 100 times, yet his act was more appealing to me than George’s, because even though he made fun of women and others, he also poked fun at himself and had positive things to say about his targets as well.
GL had only negative things to say about the female sex, casting aspersions on them in almost every joke.  Most of his jokes were of a sexual nature, and everyone of them were peppered with raunchy language.  That he turned political and then racist against Asians and had nothing at all good to say about women, even the grandmother that raised him was just too much.  I would have walked out if I was by myself and was sorry that the bar closed during his act, because this non drinker really wanted a drink to soften the blows of his jokes.  I will never attend another GL stand-up show.  I am sad that this extremely gifted man doesn’t use his talent to cheer and unite audiences, instead of offend and alienate large groups of people.

George Lopez: Right Now Right Now
George Lopez is the prominent Latino comedian in today’s stand-up circle. Influenced by Hispanic comedians like Cheech and Chong and Fredde Prinze, the torch of the Latino-American has been unofficially passed to him (though Carlos Mencia keeps trying to steal it), and he accepts the responsibility. He has done many great things to help the Latino community, and his community as a whole through his philanthropic efforts. He even tries to bring as much diversity in entertainment through his television shows. It’s no surprise that his sets are centered around his heritage.

From his first joke to his last, he essentially just talks about one thing: being Mexican-American. He delves into numerous aspects of growing up in such a household, from being raised poor, to family “vacations” to Mexico, to anticlimactic birthdays, Lopez gives the audience a very clear idea of what his childhood was like.

However, Lopez’s biggest demographic is his own, and it’s clear that much of his audience already seems familiar with the situations he describes. I listened to one of his jokes with a friend of mine (both of us are white), and there were parts that we didn’t quite get, but the audience was hysterical. Throughout his CD, Lopez will throw in some Spanish sentences (mostly imitating one of his family members/friends) that will go over the head of any non-Spanish speaker. I can only assume that they’re funny, since the audience is eating it up. Though, to be honest, even if you only know a little bit of Spanish, you can piece together what he says, add the context of the joke, and have a good idea of what he’s saying. Some people don’t like to think that much when they listen to comedy, but the parts I was able to piece together were entertaining.

When he’s describing life as a poor Mexican-American, he is sure to compare his lifestyle with the typical suburban white family. This seems like it would be instinctive, but there are plenty of comedians who joke about their own culture/background without comparing it to the larger demographic, and it hurts the set (Dat Phan comes to mind). He does a good job painting the picture and showing the contrast, but I have to say, I cannot stand his white-person voice. Everybody knows what I’m talking about; most minority comedians have a distinct voice that they use to refer to white people (white comedians Daniel Tosh and Mike Birbiglia even have jokes about it). Dave Chappelle’s sounds like a news anchor, Carlos Mencia’s sounds like a southerner, and George Lopez’s sounds like a valley girl. It’s not offensive, it just gets a little annoying after a while. Minor criticism, nothing deal-breaking.

One thing that Lopez does very well is set up a foundation for his jokes. I’m not referring to the set-up for a punch-line, I mean setting up jokes in the future. Latino idiosyncrasies that he jokes about in the beginning of the CD keep coming up again and again in the later tracks. He does this so well that regardless of how good a punch-line is towards the 15th, 16th, 17th track, he makes it instantly funnier by adding a quick quip from an old joke. It helps build for later jokes, and aids the jokes that aren’t particularly strong on their own. The end result is a very consistent stream of comedy.

My biggest criticism for this CD is that Lopez never veers away from his main premise. A great comedian is able to joke about a wide variety of topics and their wide variety of subtopics. Right Now Right Now only deals with many subcategories of the same subject: life as a Mexican-American. Yes, his jokes on this subject are quite good, and there is a lot of material in it, but half-way through the CD, I was hoping he’d move on to something else; he needed to shake things up. As mixed up as it sounds, it’s easier for an audience to stay with you when you make a few turns than when you just go straight.

To sum everything up, what would make this an excellent CD is his layered material and his consistency of quality jokes. What would make this CD poor is its one-trick-pony tendency and its limitations on a larger demographic. Overall, a quality CD that’s good for laughs.

I saw the George Lopez concert last night. Overall performance I would give it 4 Stars…The show was suppose to start at 8 pm but ended up starting at 8:30 pm. The first act was pretty good but he was really foul languaged. He went until around 9 pm, (half hour act, okay…)...Then there was intermission, IDK how long this intermission was going to last so I just stayed…Seven minutes later, the theme song to George Lopez came on and he came out…The first 30 minutes to about 45 minutes later was funny but then the rest of the show went downhill from there for me…When he just came and said three names out of the blue, one really caught my attention because I heard my name…After that a few jokes later, he starts making fun of special needs, that’s just where it hit rock bottom with me…I didn’t laugh at all after those…IDK GL was like this and I am definately just sticking with his show on the tube. I would highly recommend just sticking with is show(s) on t.v. unless you like the very dry sexual foul language jokes, then, I guess your fine with everything then. GL didn’t even swear a lot like the last guy where it was every joke had the F word…As to where GL didn’t use the F word constantly…

I Just saw george Lopez in Las vegas 11/08 and he was terrible. No more humility just arrogance with his success and displaced anger toward the female crowd. George needs to get humble again. Not the same geoge….......
T

this man is the funniest latino comedians. all he jokes make me laugh

okay you BUG OUT the eyes, and ?