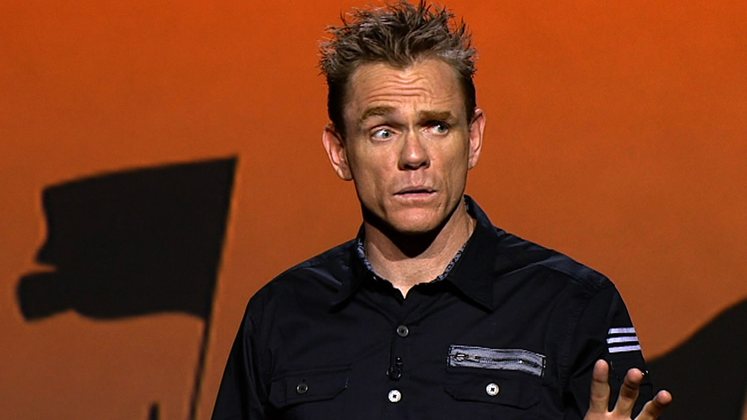 
I’ve seen him at least 4 other times. He’s used to be hilarious.
NOW, he’s an angry ranting liberal comedian.  His content was shitty, after 2 years of lockdowns WE DON’T WANT TO REHASH HEAR ALL THE MISERY, WE ALL ENDURED with VID~ lockdown & freedoms lost. We go to comedy to forget all the BS.
He spoke of how the country is divided, then PROCEEDS to lay out his liberal agenda.
If you want to hear him rant 15 min on White Supremacy, He’s your guy.
If you want to be shamed and told HAHA you are going to DIE b/c you CHOSE not to take the “jab” Vakk, he’s your guy.
This was the first comedy show in 2 years our group of 6 went to see. We were able to go b/c Chicago did not require Vakk to see him. So, being shamed & ridiculed for not participating in the medical experiment was a display of LIBERALS intolerance & need to shame/bully others in compliance. I, We 6 of Us who went will not spend hard-earned $$ to support this artist in the future.
Judging by the applause, he lost 70% or more of the audience with this BS.
He also was gaslighting the audience with ” conspiracies”  on child trafficking, adrenochrome, and other elite past times.  He’s clearing trying to plant the seed these things are BS. However, WE are not stupid and WE know these things happen.
We also know it’s going to ALL become public knowledge.  Makes me think, he’s in this group of people he’s trying to protect.
Such a waste of $$ and time.  SO, disappointed, he was one of our all-time favs. He’s shown his true colors.
He is ignorant, the reason his show was almost full opening night is the VAKK restrictions were just lifted !!!
He might want to take a look at Heather Mcdonals, who was bragging about her Vakk status on stage, ten passed out, fractured her skull, live in concert. NOW says she regrets doing it. OR Chelsea Handler who also bragged & shamed other ended up in hospital with neur damage/she says and had to cancel her tour. She regrets her choice. Or Bob Saget who bragged as well and ” died” of brain/clot Sudden & unexpected.
So, Titus stop the shaming & gaslighting. I have had a wake up after your white supremecy BS. My NEW favorite TITUS is a black man, very intelligent, and speaks the truth.
He’s on Guttfeld.  Thanks for helping me pasty white titus, for seeing the error of my ways.
You might want to downsize your house now, b/c your tour is going to fail, and you are loosing some of your loyalist fans.


Well, if you’re extremely Liberal, you will love his new bit. It’s full of inaccurate and outdated statistics and what he likes to present as “facts”. Honestly, I’m not convinced that he isn’t working for Biden himself. He spend 90 minutes portraying anyone with opposing views as illiterate, redneck Trumpers…very narrow minded and very typical of those who have been brainwashed by American media. Was pretty disappointing as I was expecting relatable content about kids and family but instead it was nothing more than a pro government, pro Covid, pro vaccine rant.


After seeing Christopher Titus’s new material at his show last night in which like all of his previous work is very humorous, however it does leave me wondering whether he is signed a contract with a new company or is simply decide to abandon his aging fan base to try to hook a younger and more left leaning crowd either way watching him on stage was a sad reminder of the timeless adage
go woke go broke


Went to see him last night.  Was good show, he was doing a new act with new material.

I didnt know a lot about his life so was not only fuuny to hear him tell his life history but entertaining too.


I have watched Christopher Titus since he had his first show on Fox (Idiots cancelled after three seasons). I have had the honor and extreme pleasure of seeing him twice now. Both times I found him relevant, truthful, honest and open. He is friendly and humble in a way that makes you feel practically related to him, or wish you were. We all can claim some crazy in our world, some more than others, but no one escapes. He is without doubt the funniest, most thought provoking, interesting artist I have ever seen. I saw Robin Williams (who I do really like) last year and spent a wasted hour and a wasted $ and never got a single chuckle. It was filthy and self serving. I seriously couldn’t breathe after listening to Titus. He puts on a hell of a show. Never stop, Christopher! You give me a rest from my meds! You say everything I have ever said, wanted to say, or do. You make it okay for me to laugh at things in my life most people would be slinging a rope over a rafter about. You ROCK.


Christopher Titus is, without a doubt, the worst comedian I have ever seen.  My wife and I frequent clubs in the PA/MD/NJ area, and have seen a great variety of big-name and lesser-known comedians.  We have always had great experiences at comedy clubs, regardless of how well-known the comedican was-except for the time we went to see Christopher Titus.  Titus is the only show we ever left in the middle of.  Actually, I can’t even say we left in the middle, because we didn’t make it through even half of his set.  His material was awkwardly predictable and his delivery was very amateur.  He tries to put on this angry-guy-with-edgy-comedy who will make fun of anything facade, but he comes up waaaay short.  He might have been funny years ago?, but I’m thinking he has seriously lost a step.  Don’t waste your time on going to see him.


The Best Comedian Ever!!