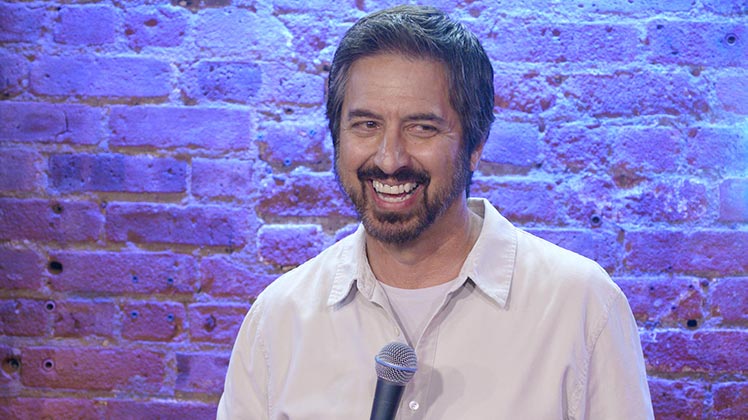 My wife gets so jealous. She came home from work and was mad at me because there was a pretty girl on the bus she thought I would have liked.

Ray Romano on Calling Your Kids

When you talk to a kid on the phone, you gotta remember the conversation could go in any direction. You just gotta get ready. There’s no segues in the conversation.
“Dad, are you coming home tomorrow?”
“No, I’m not.”
“I have 1,000 pennies.”

Ray Romano on Sex After Kids

Sex after one child shows down. After twins… ooh… I’ll tell you what it is for us. I’ll share it with you. Every three months. We don’t plan it that way. That’s just how it works out. It’s the weirdest thing. You know what I do? Every time I have sex, the next day I pay my estimated tax. My quarterlies are due. If it’s oral sex, I renew my driver’s license.

My twin boys are two and they’re cute… but when they become adults, the danger of identical twins, I hope they’re handsome. Because if they’re even slightly ugly, there’s two of those. You notice that. If you see one slightly ugly man walk across the room that’s no big deal. But if you see the same ugliness right behind him. “Hey! Look at that… I didn’t think he was that ugly until I saw it again.”

I had a very Italian house - the “plastic furniture you couldn’t sit on” house. Did anybody have the museum house? For a kid it’s traumatic. Towels you can never touch. China no one’s ever gonna use. Everything is for a special occasion that never happens. My mother was waiting for the Pope to show up for dinner. Or Sinatra. Or Chachi.