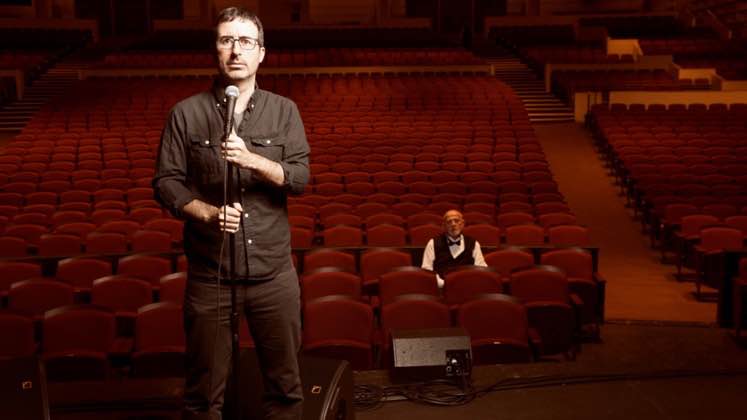 John Oliver on Being British

Primarily I’ve gathered you here this evening to tell you this: that it’s not easy being British, as Kermit so nearly sang. The reason being, it is impossible for me as a British citizen to go into any museum in any nation on the planet Earth without, within five minutes, starting to feel guilty. You have no idea what that feels like. You will. Oh, You will.

A constant question you get asked as a comedian by journalists is “when did you first realize you wanted to be a comedian?” And you never hear the honest response from people, which is, “well, when all the career dreams my parents had for me died in the gutter like a fairgrounds fish.”

We’re constantly told by campaign groups such as Greenpeace that we must invest more in alternative energies like wind farms. But I’m here to tell you that’s actually a terrible idea. The reason being, it turns out wind has actually been horrifically overfarmed over the last 20 years. And if we keep farming it at this rate, by 2040 there will be no wind whatsoever. And kites will just lie like corpses in parks.