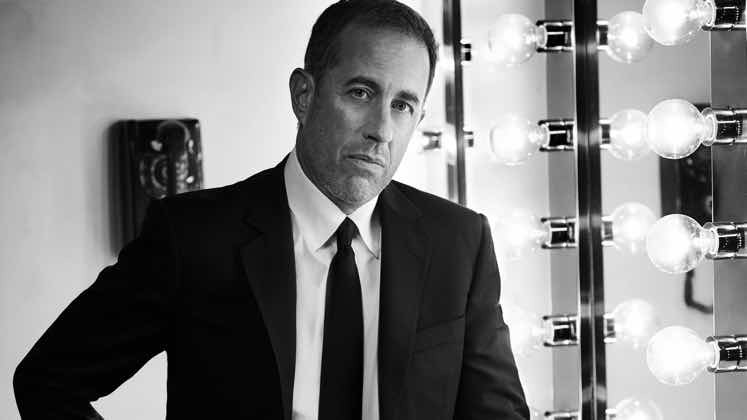 Jerry Seinfeld on the Fattest Man

Cremation has become the most popular form of burial in the United States… People used to want a big, thick granite stone, their names carved into with a chisel. "I was here dammit!" Cremation is like you're trying to cover up a crime. "Burn the body. Scatter the ashes around. As far as anyone's concerned this whole thing never happened."

They have the greeting cards with the couples on the front. They photograph them. These hazy focus people. They're always having picnics. There's always a tree, a pond… who are these people? I don't know them. I don't want them on my card either. What am I going to write inside there anyway? "Here's another couple having a better relationship than us."

Nothing in life is fun for the whole family. There are no massage parlors with ice cream and free jewelry.

Just what is the handicapped parking situation at the Special Olympics? Is it still just the two spaces?

TV commercials now show you how detergents take out bloodstains, a pretty violent image there. I think if you've got a T-shirt with a bloodstain all over it, maybe laundry isn't your biggest problem.