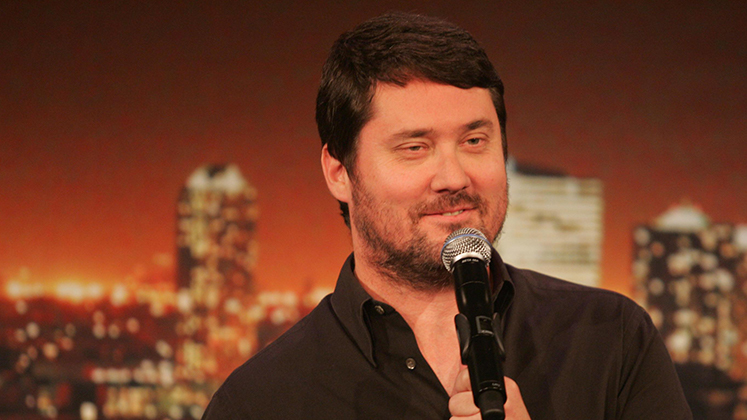 Like most comics, I just broke up with my girlfriend and the reason we broke up is I caught her lying… under another man.

I have been in kind of a sexual dry spell lately. In the past few years I've only had sex in months that end in "arch"... in years that have an Olympics.

Doug Benson on the Toilet

I was on the toilet for so long, I finally said to myself, “I’m getting too old for this shit.”