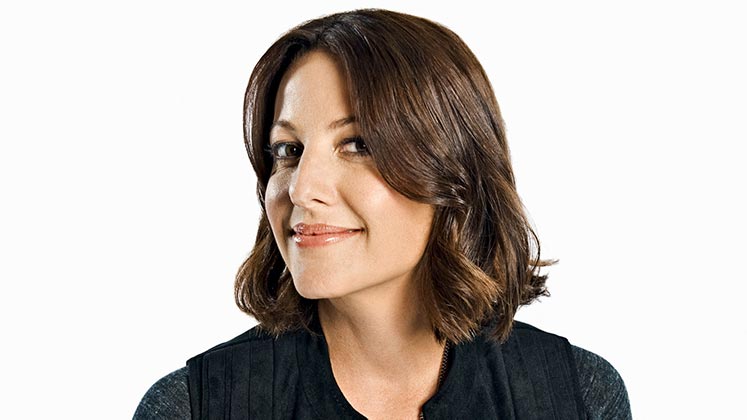 Sometimes when I’m bored, I like to people watch. And I got to a touristy area and I play this game I just made up. I call it “Lesbian or Midwestern?”

I grew up in a mixed religious household. And it was volatile. My dad’s atheist, my mom’s agnostic. Just constant fighting. “There’s no God!” “There might be!”

Bonnie McFarlane on Learning Your Gay

I saw the head of NOW - National Organization of Women - saying that women still only make 70 cents on the dollar to every man. I’m not sure I’m going to believe that. Women are notoriously bad at math.

Bonnie McFarlane on Adivce to the Pregnant

When you’re pregnant, people feel like they can come up and give you unsolicited advice. When I was nine months pregnant, this one woman came up and she said, “I have one word for you: epidural.”
And I was like, “Oh my God, thanks. But we already picked a name.”

I think it’s creepy if a guy says, “I would never hit a girl.” Cause that should go without saying. That’s like if you ever heard a guy go, “I would never crap in a hot tub.”