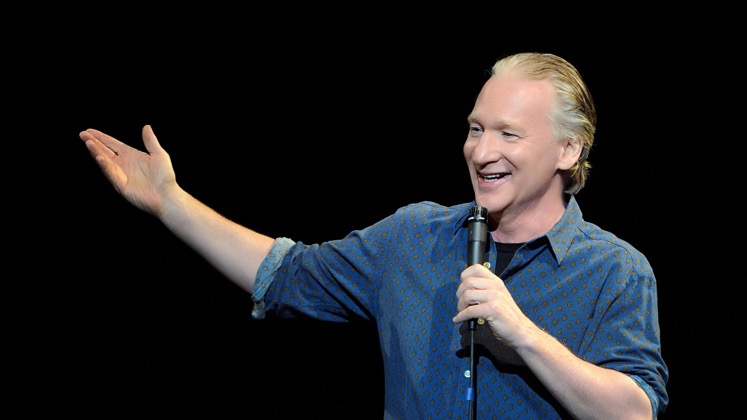 I was raised half-Jewish and half-Catholic. When I’d go to confession, I’d say, “Bless me, Father, for I have sinned… and you know my attorney, Mr. Cohen.”

I believe Dr. Kevorkian is onto something. I think he’s great. Because suicide is our way of saying to God, “You can’t fire me. I quit.”

I have never done heroin. I wouldn’t recommend heroin. But it hasn’t hurt my record collection.

Mick Jagger fucks young girls for a reason. He can. Believe me, plumbers his age would do the same thing if they could. Men are only as loyal as their options.

When I was in college I had this hippie girlfriend and she said, “Well, it’s like, when we make love, there’s no me and no you. Our bodies are like one continuous being.”
I said, “OK, but how about paying some attention to our dick.”

Bill Maher on The Bible

The Bible, if you read it, looks like it started out as a game of Mad Libs. “And then God made woman out of a rib. A rib! Look at that.”

In my day, girls used to get pinned in high school. That was the big thing. Now they’re getting nailed.

When I was in college, we did mushrooms and acid… and did I mention acid?