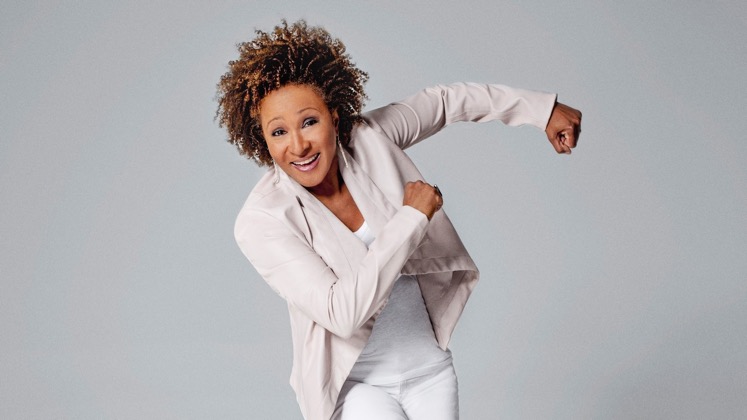 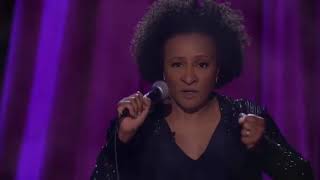 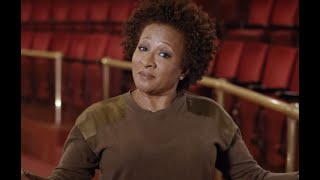 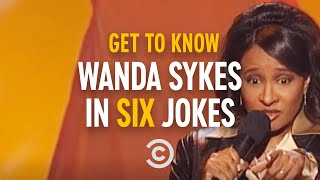 Get to Know Wanda Sykes in Six Jokes

Wanda Sykes has been called “one of the funniest stand up comics” by her peers and ranks among Entertainment Weekly’s 25 Funniest People in America. Her smart-witted stand up has sent her career in many different areas.

She was last seen in the New Line feature “Monster-In-Law” starring opposite Jennifer Lopez and Jane Fonda. She can currently be heard in the animated feature “Over The Hedge” for Dreamworks and she will next be heard in “The Barnyard” for Paramount Pictures. Sykes will next be seen co-starring with Luke Wilson and Uma Thurman in the romantic comedy “My Super Ex-Girlfriend.” She is currently filming the comedy “Evan Almighty,” the sequel to “Bruce Almighty,” in which she co-stars with Steve Carell. She also recently guest starred on “The New Adventures Old Christine” and on NBC’s “Will and Grace.” She was also seen on Comedy Central’s “Wanda Does It” where she tried various non-showbiz jobs. Her first book titled Yeah, I Said It, published by Simon and Schuster, hit bookstores in September 2004. Yeah, I Said It is a hilarious collection of essays touching on life, family and current events.

In the fall of 2003 she was seen on Fox’s “Wanda at Large” which she wrote, produced and starred in. She also has a one hour Comedy Central special called “Wanda Sykes: Tongue Untied”. In addition, she can be seen on HBO’s “Curb Your Enthusiasm” or heard on Comedy Central’s “Crank Yankers” as the voice of Gladys Murphy.

Wanda was born in Portsmouth, Virginia and raised in Maryland. She graduated with a Bachelor of Science degree from Hampton University. Her stand-up career began at a Coors Light Super talent Showcase in Washington, DC where she performed for the first time in front of a live audience.

She spent 5 years as part of the HBO’s critically acclaimed “Chris Rock Show.” As a performer and writer on the show, she was nominated for three Primetime Emmy’s and in 1999 won the Emmy for “Outstanding Writing for a Variety, Music or Comedy Special.” In 2001, she won the American Comedy Award for “Outstanding Female Stand Up Comic”. She won two more Emmy’s, one in 2002 and one in 2004, for her work on “Inside the NFL”. In 2003, Wanda earned a Comedy Central Commie Award for “Funniest TV Actress.” Other writing credits include: the “MTV 1999 Music Video Awards”, “The MTV Movie Awards” the “74th Annual Academy Awards,” “The Keenen Ivory Wayans Show,” and “Wanda at Large.”

She also appeared in the feature films: “Pootie Tang”, “Nutty Professor 2; The Klumps”, and “Down to Earth”.