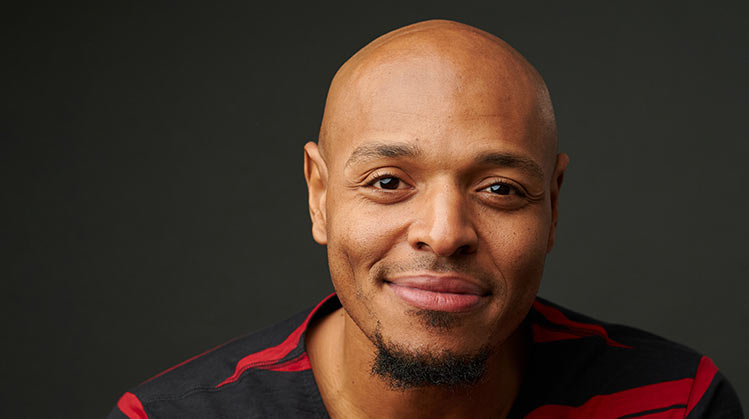 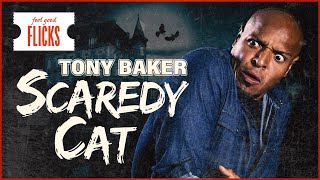 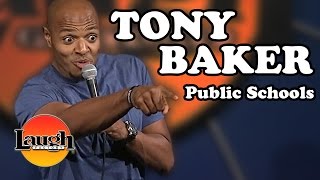 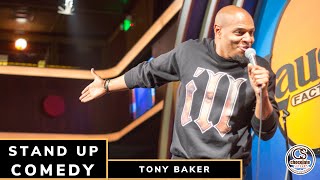 The DMV is the Worst Place in America - Tony Baker

Tony Baker is making a lot of noise on the Hollywood Comedy Scene.  In a short time he has made his presence felt at all the major comedy clubs in the LA area.  He hails from Chicago and honed his stage presence while living and going to college in New Mexico.  The married father of 2 balances family, acting & comedy well.  He is the winner of the Uncle Clyde’s Comedy Competition at the Ice House, A semi-finalist in the Boston Comedy Festival, and winner of L.A.‘s Funniest Comic.  He has done short films, dramas, horror movies and comedies.  He has also been featured in as well as co-written numerous comedy sketches.  He is a regular at The Comedy Store on the sunset strip as well as The Comedy Union. He has done numerous shows at The Laugh Factory in Hollywood & Long Beach, The Ice House & The Improv Comedy clubs in Hollywood,Ontario,Brea & Irvine.  Tony Baker’s comedy style is very observational and relatable and very animated. Get to know Tony Baker before everyone else does.