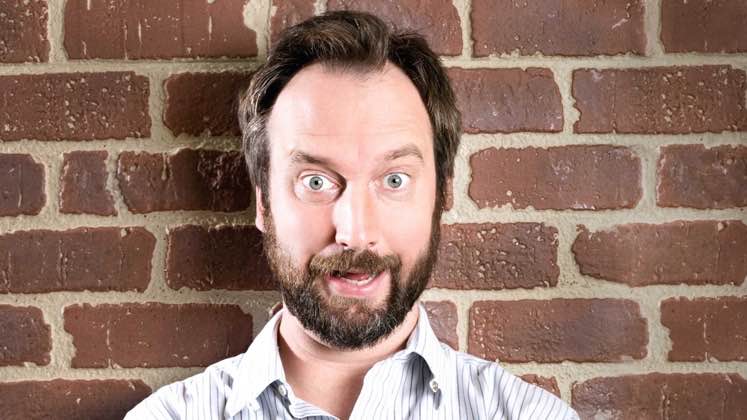 Tom Green sparked a TV revolution with his hit MTV comedy series “The Tom Green Show.” One of MTV’s top-rated programs, “The Tom Green Show” paved the way for shows like “Jackass,” “Punk’d” and “Fear Factor. With its guerrilla video tactics and outrageous stunts, it was unlike anything that had been seen before.

“The Tom Green Show” began on public access TV and was picked up by MTV. In a sense, it was the original independent, viral-video hit, years before YouTube even existed. The raw home-video look was what made the show relatable to young audiences across the globe, and its hilarious clips are still hugely popular online.

After his show was acquired and broadcast by MTV, Tom went on to produce, direct and star in several films. He appeared in such blockbusters as “Road Trip” and “Charlie’s
Angels,” as well as the cult classics “Freddy Got Fingered,” “Stealing Harvard,” and “Bob the Butler.”

He has appeared multiple times on “The Late Show with David Letterman,” “The Tonight Show,” “Oprah,” “The Jimmy Kimmel Show,” “The View,” “Late Night with Conan O’Brien,” “Live with Regis & Kelly,” and “The Wendy Williams Show.” In fact, he is one of the few comedians in history given the chance to guest-host David Letterman’s program. He has also hosted ‘Saturday Night Live,” and has appeared on numerous magazine covers including the coveted cover of Rolling Stone magazine.

His autobiography “Hollywood Causes Cancer” is a critically-acclaimed book detailing his battle with Testicular Cancer which he beat successfully at the peak of his MTV show’s meteoric rise. “The Cancer Special,” a full-length television special for MTV, documented Tom’s multiple surgeries and was called one of the Top Ten TV shows of the year by Time magazine.

Tom’s independent online talk show “Tom Green’s House Tonight” was the first LIVE streaming talk show to become a massive success on the Internet. Audiences worldwide have enjoyed this ground-breaking series broadcast in real time from Tom’s home-made living-room studio living room. It is the highest-rated online talk show in history and has attracted A-list celebrities and comedians to appear as Tom’s guests.

Tom is currently traveling the world on a sold-out stand-up comedy tour, and has just completed his first 90-minute stand-up comedy special for Showtime to be broadcast and released on video this year. He is also planning to launch a 24-hour live Internet comedy channel which will be the first of its kind. Given Tom Green’s background of making independent TV accessible to large mainstream audiences, it is sure to be a massive success. Stay tuned.