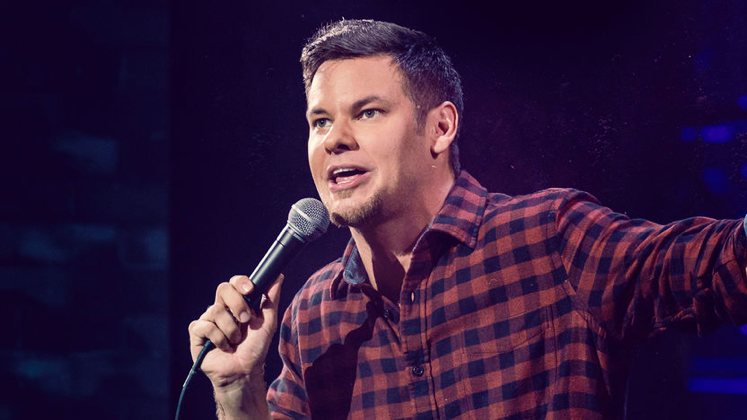 Comedian and writer Theo Von is the host of TBS’s hit weekly hidden camera prank show Deal With It, the network’s highest rated unscripted series. Executive Produced by Howie Mandel, the show’s second season premieres on Wednesday, March 19th at 10:30PM ET/PT, and will feature celebrities such as Kelly Osbourne (Fashion Police), Nick Cannon (America’s Got Talent), Kendall and Kylie Jenner (Keeping Up with the Kardashians), and Bob Saget (How I Met Your Mother) teaming up with Theo to help members of the public pull over-the-top pranks on their unsuspecting companions. If they agree to it, participants must obey all instructions given by Theo and his celebrity co-host through an earpiece from a secret control room nearby. With the opportunity to prank their way to cash and prizes, these everyday people are shown no mercy as they are tasked with pulling off some of the most ridiculous behavior ever caught on hidden camera. The first season of Deal With It premiered on Wednesday, July 17, 2013, and featured celebrities such as Joan and Melissa Rivers (Fashion Police), Adam Carolla (The Adam Carolla Show), and Josh Gad (1600 Penn, Love and Other Drugs).

Theo also hosts Yahoo!’s wildly popular daily recap show Primetime In No Time. One of the most successful video series on the web, the show averages over one million views per day. In addition to hosting, Theo is currently developing an animated show with Comedy Central, and his half hour standup special, which premiered on the network on June 1, 2012, was one of the highest-rated of the season. Theo is also the mastermind behind CrankTexts.com, a website where he texts random cell phone numbers and gets into conversations with total strangers. CrankTexts was featured on CollegeHumor.com, has had 10 million page views, and averages 18 clicks per visit.

Theo has garnered numerous accolades for his many appearances on TV. He was voted “Fan Favorite” as a semi-finalist on Last Comic Standing, was the winner of Comedy Central’s Reality Bites Back, and has hosted The Comedy Sideshow podcast – consistently one of the most downloaded video podcasts on iTunes. He has written for Laughspin.com, and has appeared on The Arsenio Hall Show, E’s Chelsea Lately, G4’s The Top 100 Video Games of All Time, Comedy Central’s Live at Gotham, and Yahoo’s OMG Insider. Theo headlines clubs across the country, and has performed internationally at The South African Comedy Festival and for the troops at Guantanamo Bay. He has appeared stateside at the prestigious Montreal Comedy Festival, The Chicago Just For Laughs Festival, and Comedy Central’s South Beach Comedy Festival.

Theo Von has been entertaining TV audiences since 1999 when he captured hearts as the loveable 19-year-old Southerner on The Real World/Road Rules Challenge franchise. In 2003, the Louisiana native traded in endurance challenges for the comedy stage and never looked back. Since then the multi-talented standup, host, and writer has been blowing away critics and fans with his unique brand of refined deep-southern comedy.