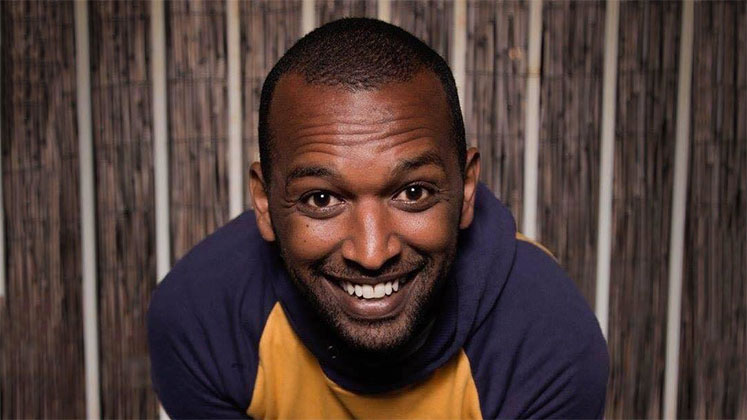 Solomon Georgio burst into comedy with his own brand of indignant irreverence. He flawlessly intertwines biting social commentary with stories of his life as an openly gay African immigrant.

Solomon had his television debut in February 2015 as the featured comedian on CONAN, and followed it up with appearances on The Meltdown with Jonah & Kumail, This is Not Happening, Viceland’s Flophouse and Last Call with Carson Daily.

October 20, 2017 will be the premiere of Solomon first half hour comedy special on Comedy Central Stand Up Presents. His debut album with Comedy Central Records, Homonégro Superior, will also be available on the same day.