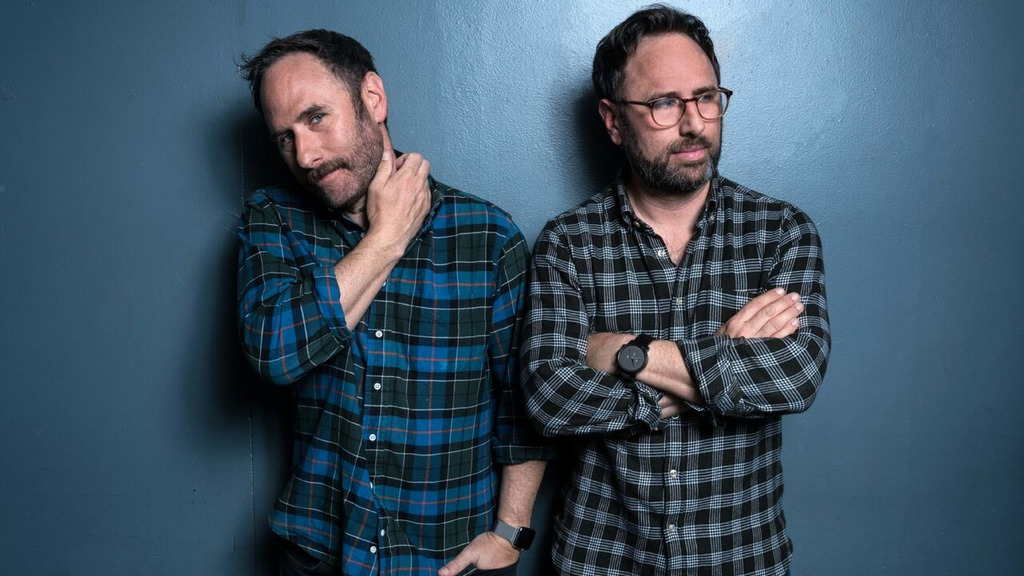 Jason and Randy Sklar are identical twins born in Saint Louis, Missouri. As children, they would often watch and memorize comedy specials from comics like Jerry Seinfeld and Sam Kinison.

The Sklars later attended the University of Michigan, where they began performing comedy. Despite enjoying performing, they were considering attending law school until they opened a show for visiting comic Andy Kindler. After talking with Kindler, the Sklars decided to make an attempt at breaking into the industry.

In 1994, they moved from their hometown of Saint Louis to New York. There they often frequented alternative showcases such as “Eating It”, “Surf Reality’ and “Collective Unconscious.” The Sklar often found the crowds and the works more vibrant than the often stagnant stand-up found in comedy clubs during the post boom years.

In 1997, they created the television series “Apartment 2F” for MTV. The sitcom revolved around the Sklars’ characters lives in New York and allowed them to weave in sketch and stand-up elements, allowing them to bring in many of their friends from the burgeoning underground scene.

They may be best known to TV audience for their show on ESPN entitled “Cheap Seats”, a comedy series revolving around the brothers residing in the enormous back tape library of the sports network. The bizarre sports events contained therein become the fodder for the Sklars’ commentary. The show ran for four seasons from 2004 to 2006.

Very little of the Sklars’ material is based around being twins, mostly because they find that hacky. However when performing, the Sklars take advantage of being a duo by having the lines and jokes from their routines ping back and forth between each other. Because they are twins, they say that when they tell a story it is often as if they have “one head.”

As far as the difference between the pair, Randy describes himself as the more emotional one, whereas Jason stays calm about the ups and downs of their careers.

Randy and Jason rarely perform separately, but have more so in recent years at Los Angeles shows that revolve around written material. They don’t rule out working separately more, but feel they still have much they want to accomplish as a comedy team.

Trademark: Using the work “Folks” to punctuate a joke.

In October of 2007, the Sklars released their second CD, “Sklar Maps” under the burgeoning aspecialthing (AST) comedy label.