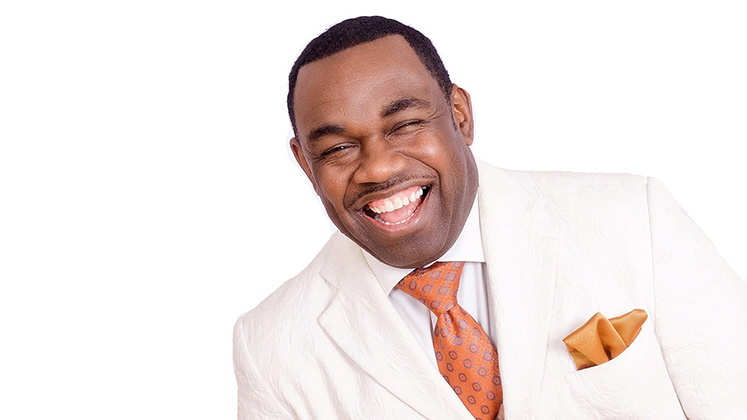 Perry loves the spotlight at center stage and will never abandon his life as a stand-up comedian delivering his brazen reality based comedy. With 20 years of marriage and six children (5 girls and 1 boy) Perry is an expert on all things family and rips the seams of crowds that attend his shows to hear all about his fatherhood fodder. Perry finds delight in giving back and sharing what he’s learned over the years with his
weekly classes that he hosts in Atlanta where he calls home. Preparing the next generation of comedians is what he feels is a small contribution in his legacy that will keep laughs going for generations to come.


Perry delivers the funny any way viewers or listeners want to receive it, whether it’s his highly popular weekly radio show Rodney Perry Live, or his sold out live shows, Perry truly is the hardest working man in comedy and he doesn’t see himself slowing down any time soon. Comedy is his forte, however, this funny man isn’t afraid to explore his serious side in roles as is evident his appearances in the film “Mr. Right” where he gets to flex his acting chops alongside actor Columbus Short as well as the upcoming drama Broad Street Bullies where he plays a notorious gangster. Adding producer to his long list of credentials he’s also producing shows like the independent release, A Song for Jordan.


The early years of comedy found Perry his first gig as a writer/warm up guy for Kim Whitley on her talk show “Oh Drama.” Being on the scene, he was able to parlay his skills into opportunity and began opening for the likes of George Lopez, Steve Harvey and Cedric the Entertainer, to name a few. He would spend the next 10 years nonstop on television in various capacities. Hosting comedy shows like “Who’s Got Jokes” helped him fine tune his craft and fueled the fire for the screen, big and small. Catching the attention of comedy lovers and industry shot callers alike, Perry got another big break with a starring role as “Harold” in Tyler Perry’s “Madea’s Big Happy Family” and it’s only been a meteoric ride on the fast track ever since. Perry has since found a home at Bounce TV where as the host of his own comedy show “Off the Chain” he would spend the next several years giving Bounce TV its leverage in the cable market with his ever increasing ratings. “Off The Chain” would go on to become a sold out tour and in addition he would also break records for the young network with his number 1 rated comedy special “Rodney Perry: 44 and Still Ticking”.